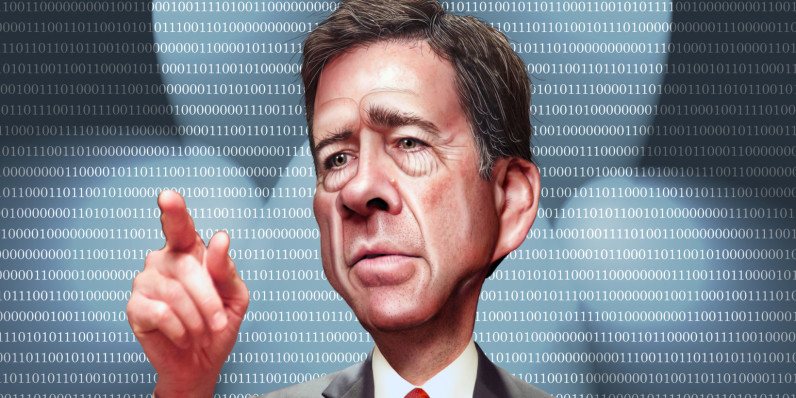 Is it worth becoming a criminal to catch one?

The question is one without an answer, a philosophical quandary perhaps best left to classrooms and Starbucks baristas. It was, however, worthy of a discussion the public was largely left out of. Just over a year ago, I asked that very question: should the FBI be allowed to commit a crime — especially one as horrific as disseminating child pornography — in order to capture a criminal?

Doesn’t matter; the agency did it anyway.

For 12 days between February and March, 2015, the FBI attempted to trap pedophiles by running the world’s largest child sex abuse site, Playpen.

On February 20, federal agents seized the server hosting Playpen’s illicit content and arrested its owner. These raids aren’t uncommon; we’ve seen similar operations take down pirating sites, drug marketplaces, and all sorts of illicit material littering the darkest recesses of the deep web. What we hadn’t seen came after the raid.

After securing a warrant, the FBI proceeded to install the server in a secure location in order to keep the site running!

For 12 days, the warrant allowed FBI agents to use what it referred to as a “network investigative technique” (NIT) in order to ensnare would-be criminals logging in to Playpen. For those 12 days, the FBI was, legally speaking, committing a more serious crime (under US legal code) than the men it sought to prosecute.

Even the name of the operation came with an almost mocking tone: Operation Pacifier.

Dissemination of child pornography is a serious offense — a felony in all 50 states, and most places worldwide. Strictly speaking, the men downloading or viewing the material would typically be charged with a lesser crime, possession of child pornography — which, according to NJ Cybercrime Lawyers, constitutes: “receiving, viewing, or having [images of child sex abuse] under one’s control, through any means, including the Internet.”

All told, the FBI managed to charge 137 men after capturing identifying details during Operation Pacifier. It also managed to write an entirely new rulebook on what constitutes unethical behavior by law enforcement. It practically begged the question:

At the end of the day, you have to weigh the ends, 137 men charged, against the means, being complicit in the dissemination of sexually explicit imagery, and attempt to make a judgement call as to whether becoming a criminal is worth catching one.

Seems the answer, a year later, is “no.”

Truth, justice, and the pursuit of secrecy

A year after writing the original piece, today brings some semblance of a conclusion.

Jay Michaud was a school teacher. I feel confident in saying he never will be again. He was also one of 137 alleged pedophiles charged with possession of child pornography after law enforcement personnel tracked a digital footprint back to him during Operation Pacifier.

United States v. Jay Michaud quickly became a landmark case, and the most visible of more than 100 just like it. Coming up on two years now, Michaud’s lawyers were still fighting through roadblocks created by government agencies attempting to both convict an alleged criminal and hide the means by which it captured him.

This, on paper, isn’t possible.

In Michaud’s case, this was problematic. The method used to collect evidence was a highly secretive one used to break the anonymity provided by TOR. It’s valuable, and the FBI refused to release the source code after being ordered to do so by Judge Robert Bryan last May.

Instead, it classified the NIT’s source code so it couldn’t be used in legal discovery. This forced Judge Bryan to throw out key evidence in the Michaud case last year. He dismissed the case entirely last week.

The government must now choose between disclosure of classified information and dismissal of its indictment. Disclosure is not currently an option. Dismissal without prejudice leaves open the possibility that the government could bring new charges should there come a time within the statute of limitations when and the government be in a position to provide the requested discovery.

Last week’s dismissal is undoubtedly good news for Jay Michaud and 100-plus other pending cases just like his. For the rest of us, it’s the conclusion of a troubling saga that signifies a turning point. At the intersection of technology and law, we’ve proven two things as the result of Operation Pacifier:

It’s hard to argue on the side of an alleged pedophile. But in this case, the FBI was the pedophile’s equal. It was the agency, you’ll recall, that disseminated these images to some 150,000 registered members for the sake of the greater good.

But was it actually good?

The numbers in this case speak for themselves: 150,000 Playpen members, 137 people identified and charged with a crime (0.0913-percent). If a sub-one-percent success rate wasn’t damning enough, consider the following: the classification of key pieces of discovery (the NIT source code) will most likely lead to the dismissal of all Playpen and Operation Pacifier-related cases.

If you’re keeping score at home, this means the FBI perpetrated the same heinous crime it attempted to charge others with, all while securing what could result in zero convictions.

So, I ask again: is it worth becoming a criminal to catch one?