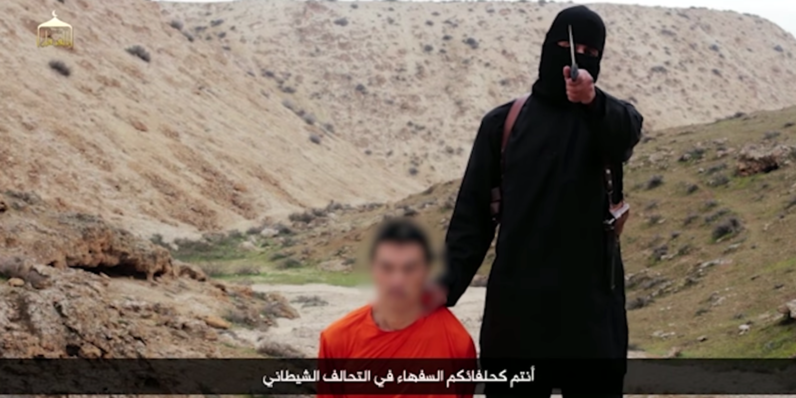 WordPress.com, unwittingly, has just become a breeding ground for terrorists.

According to the Counter Extremism Project (CEP), a non-partisan research and advocacy group, US-based tech companies have provided the infrastructure needed for Middle Eastern extremist groups to thrive. WordPress.com — a popular blogging platform — plays host to its fair share of these sites.

In a society that values free speech, this is the unfortunate byproduct. Tech companies worldwide are now waging internal battles in attempts to decide where free speech crosses the line into something else entirely. And according to CEP, WordPress.com is choosing the wrong side. “In our experience dealing with tech companies, when they don’t want to do something, they talk about free speech, and when they do want to do something, they talk about terms of service,” David Ibsen, executive director of the Counter Extremism Project, told The Washington Post.

WordPress.com, Ibsen claims, typically sides with the former — even when content is in blatant violation of its own terms of service.

The content we’re talking about here isn’t harmless propaganda. CEP cites examples of beheading videos, images of firing squads with people laying face-down in the dirt, and one video of a man shot in the head with the words “This is the enemy of Allah” plastered across the screen.

“We’re not talking about stuff that’s in a gray zone,” said Ibsen. “All of these kinds of violent videos have some sort of incitement [to violence] or propaganda purpose.”

A spokesperson for Automattic — WordPress.com’s parent company — said it was investigating these claims, and issued the following statement:

While our service is designed to enable users to freely express their ideas and opinions, however controversial, safety is important to us. As such, we don’t allow websites of known terrorist groups or genuine calls for violence against individuals or groups on WordPress.com.

The Counter Extremism Project shared additional correspondence from WordPress.com with a contradictory take. An email from a WordPress.com employee named “Sal P.” said: “WordPress.com is deeply committed to free speech and will not take content down just because we find it offensive or disagree with the point of view.” Sal added that it would review cases of individuals or groups appearing on the government’s Specifically Designated Nationals and Blocked Persons List.

According to CEP, many of the groups maintaining sites on the platform were on the list.

Update 03/02: This blog previously and erroneously published that WordPress (the open source software for building websites) and not WordPress.com (a free hosting platform for sites built with WordPress) had a problem with extremist posts. We have updated the post to reflect this deeply regrettable error.

Read next: Microsoft opens Xbox Live to all indie devs