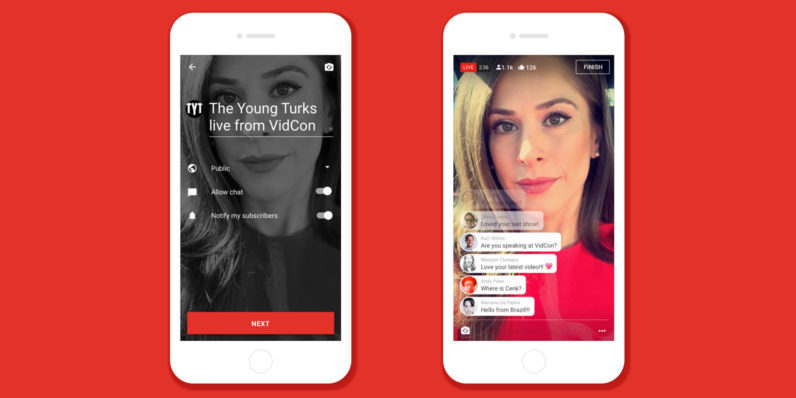 I get the feeling that YouTube doesn’t really know what it is anymore. In 2006, YouTube was simple. It was a place where you could share videos – from pirated TV clips, to footage of your dog who, by the way, is totes adorable.

Ten thousand subscribers isn’t all that much. According to Google, this will put the feature in the hands of literally hundreds of thousands of YouTube users. The company is promising to extend the feature to everyone else in due course, but in true Google style, it’s shy about when this will happen.

And of course, anyone can livestream from the desktop, regardless of how many subscribers they have.

Simultaneously, Google is launching something called Super Chat, which it says will help creators earn more money. The service is available to creators in more than 20 countries (and viewers in 40 countries, total), and allows superfans to gain the attention of their favorite creator by paying for more visible chat messages. These chat messages are highlighted in bright colors, and stay pinned to the top of the chat window for up to five hours.

It’s an interesting concept, and will certainly allow creators to draw more blood from the YouTube monetization stone. But I can also see how it could easily be abused. If I wanted to embarrass or harass a creator, I could pay to make sure my abuse is extra-visible.

Read next: Top 4 keywords every brand should monitor