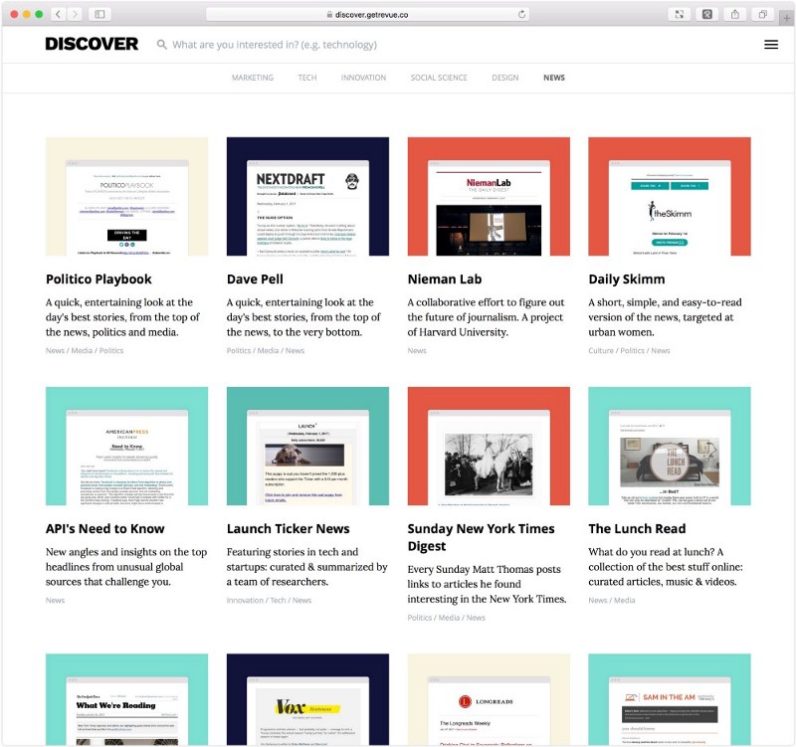 A while back, the TNW weekly newsletter used to look a little different. Or a lot, depending on who you ask. Sometime halfway 2016 the usual update of the most popular articles on TNW changed.

One week the editor in charge of the newsletter was off and Boris, founder and CEO of TNW, filled in for him. Being his typical entrepreneurial self, Boris decided to try something else. He wrote a short, yet memorable anecdote about what he learned from a homeless person earlier that same week. After this issue went out, something interesting happened. Many who would’ve skimmed through the newsletter actually stopped and read it. From then on, Boris started writing exclusively for every weekly issue and, in return, received tons of positive feedback.

That proves a point: A personal touch in an email digest can be powerful. Forget about sales pipelines, spam or automated blog posts that just land in the social tabs of Gmail. Stop constantly thinking about conversion metrics and open/click rates. Instead, invest in a personal story that can create something much more important – a human relationship.

In one of the previous editions that Boris wrote, he described a story of how he met with a fellow entrepreneur friend, whom he hadn’t seen in a while. The person in question was battling with cancer, sadly unsuccessfully. Boris went on to explain how he felt inspired by this talk with his friend and emphasized the thoughts that were going through his head about life being short and what that means. That was one hell of a newsletter, which probably made a lot of people stop and think about life for a while, urging them to put things in perspective.

This case makes one realize the tremendous impact a short text written in a newsletter can have. If this emotionally rich story was published on a blog, it could’ve easily been lost somewhere between new posts and the loud noise of information overflow. If this story had lived somewhere on Twitter or Facebook as a status, it probably wouldn’t have had a very long lifespan.

That’s because there’s one massive difference that sets email digests apart from every other type of medium. If you want to be noticed on social media, you can rely on clickbait headlines that grab attention. If you want to be found when searched on Google, you have to work on your SEO constantly in order to rank up. Basically, you always have to play by somebody else’s rules. Personal newsletters allow you to dictate your own.

Because of the freedom that a personal digest offer, an interesting trend has started to emerge. Newsletters are more than just about sharing a very personal story. In fact, thought leaders, authors, journalists and pretty much anyone who has anything to share, is embracing email as a way to combat clickbait articles, automated copy and 140 character Twitter limitations. They are taking to email to disrupt the tired ways of the clickbait era. This counter-movement is not necessarily a new one, but it has surely given a way to a very successful form of creative expression.

Take a look at Lena Dunham and Jenni Konner, both famous actresses who started a personal newsletters called Lenny Letter that got them a book deal and a possible short film series on HBO. Or what about Danielle Weisberg and Carly Zakin, who started a media company solely relying on theSkimm, their daily newsletter that has over four million subscribers. Maria Popova used to send out a weekly email list with curated articles to her closest friends and slowly this newsletter became what we know today as Brain Pickings. And lets not forget about Bob Lefsetz, who has been covering the music industry in explicit detail since 2005 in emails. Or Dave Pell, who has curated the most interesting news from around the world for years now.

Those are just some of the impressive cases in which newsletter authors established an incredibly personal and deep connection with their readers. In times when you’re not sure whether that publication you follow that just posted a news piece on Facebook is trustworthy or not, email digests become so much more relevant and needed. They provide a safe haven away from clickbait articles that overtake your favorite magazines and news feed, a different place to read about what really interests you.

The only problem is finding the newsletter that suits you. That’s why we at Revue are launching Discover  – an extensive directory of personal newsletters that contains the most quality digests out there. Discover has all the newsletters you may need – from politically oriented ones that cover the hottest topics; through cooking, fashion and travel themed ones and all the way to “the Hustle”.

From this week onwards, Revue will be providing TNW with a regular update of the best content from personal newsletters. So make sure to keep an eye on this space for the first update! And don’t forget to subscribe to TNW’s weekly newsletter.

Read next: Watch the pilot for our new video series #BorisAndPepDoAThing