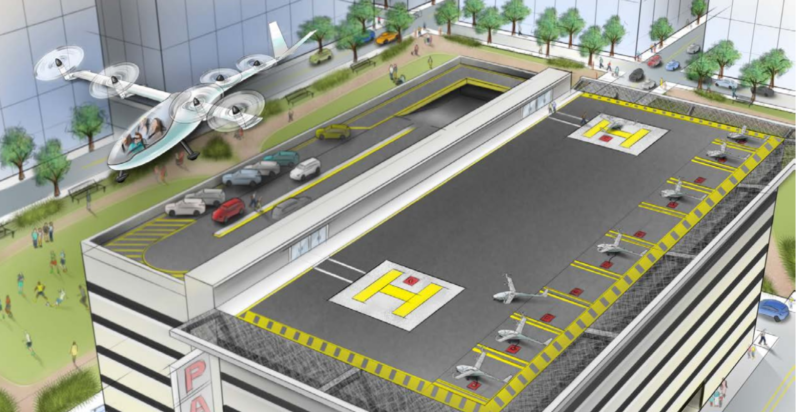 The company today announced the hiring of former NASA engineer Mark Moore to kickstart its flying taxi project, Uber Elevate. In his time with NASA, Moore worked to detail the feasibility of short-haul helicopter-like vehicles designed for urban flight. In a 2010 paper, he detailed the potential for smaller craft — capable of vertical take-off and landing — to one day shuttle us around larger cities.

To call Uber Elevate anything other than a moonshot would be disingenuous. That said, of all the preposterous goals of some of the nation’s largest companies, Elevate could actually happen. One day.

There’s a lot standing between now and flying taxis, not the least of which is a harsh regulatory environment that seems hell-bent on ensuring tomorrow’s transportation technologies are developed elsewhere. Regulation is needed, of course, but we’ve already seen proposals to suggest the 700 mph Hyperloop train jump the Atlantic and build its new test track in Europe or the Middle East due to the miles of red tape the company faces in the United States.

Uber’s vision for “on-demand aviation” is going to pose the same sort of regulatory challenge. Currently, the plan is for a network of small electric vehicles to ferry passengers around large cities autonomously. The flying taxis would be capable of 50 to 100 miles of flight on a single charge, and could be summoned with just the press of a button on Uber’s app.

It’s hard not to see the safety concerns, and future legislative battles Uber is going to face moving forward.

Read next: Snapchat brings new episodes of Planet Earth to your mobile