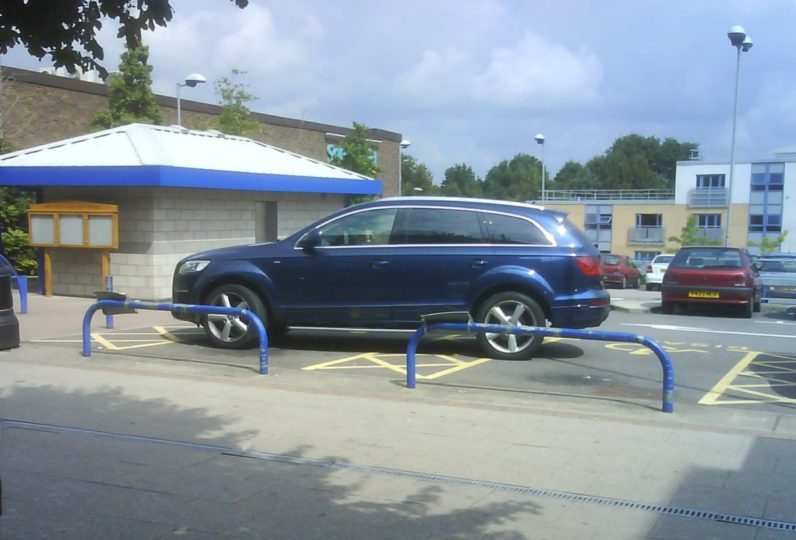 Parking in most cities is a scarce commodity. There’s nothing worse than circling the lot outside the supermarket, only to see that the last spot has been occupied by one-fifth of someone’s Audi. Let’s face it, it’s always fucking Audi drivers.

In the past, I’ve resolved to deal with this by leaving passive aggressive notes. I can’t count how many notes I’ve stuck under A5 windscreen wipers describing the owner as an inconsiderate dickhead. But I’ve never thought of it as a potential income source.

One parking company, CPM UK Car Park Management, wants to get people to report badly- or incorrectly-parked cars through a dedicated smartphone app. Drivers whose vehicles that are deemed to be in breach of the rules will be issued a fine, while the person who grassed them in will earn a kickback of £10 (about £12.50).

To report a car to CPM UK Car Park Management – which manages car parks for McDonalds, Tesco, and the NHS – you just have to take a photo of the car and note its registration plate.

While the move has attracted controversy, the management of the company are unfazed. Speaking to Wales Online, James Randall, said: “The problem is not with the app but with drivers that do not respect people’s land.”

“The photo uploaded to the app is just the evidence and every one is looked at by a member of staff before a ticket is printed,” he added.

Right now, the app is only for land-owners, and those acting on behalf of land-owners. Sadly you can’t just start snapping photographs of badly parked cars in the hope of a payday. But it’s also worth pointing out that the term ‘land-owner’ is a pretty broad one, and it encompasses people who own large parking lots, as well as small residential properties.

In the same Wales Online article, Randall said: “There was one lady on a residential property who had someone just dump [their car] in her space. We can get wardens to come out, but they are not at her beck and call. Now you can take action yourself.”