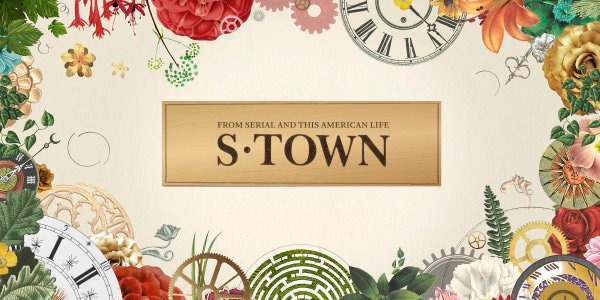 Update (March 29): S-Town’s complete first season is now available to stream and download via iTunes, your podcast app and the official site. I heard the first episode during my workout last night and I’m already hooked. Let us know what you think of it in the comments.

Our original report from February 2 follows.

My favorite podcast by far has been season one of Serial, which told the grim tale of Baltimore high school student Hae Min Lee’s murder and the sentencing of her ex-boyfriend Adnan Syed with questionable evidence.

Season two – which looked at the curious case of an American soldier who was captured by the Taliban and later charged with deserting his unit – didn’t quite do it for me. But now, the crew behind the show has formed a new company and is launching a new true crime podcast next month.

Serial Productions’ debut is called S-Town, and it’ll follow This American Life producer Brian Reed as he looks into a murder in rural Alabama. Here’s how the company describes the show in its press release:

Production of S-Town began when a man reached out to This American Life bitterly complaining about his small Alabama town. He wanted a reporter to investigate the son of a wealthy family who had allegedly been bragging that he got away with murder. Brian agreed to look into it. But then someone else ended up dead, and another story began to unfold — about a nasty feud, a hunt for hidden treasure and the mysteries of one man’s life.

The best part? The entire season will be available on launch day sometime in March. And if you’re wondering what several episodes of Reed will sound like, you can hear him on various episodes of This American Life, including this one in which he talks about cautionary tales written by children as they recounting horrific accidents they’ve endured.

S-Town will also feature the talents of Serial co-creator Julie Snyder and Starlee Kine, who created and hosted Gimlet Media’s Mystery Show. Plus, the new production company has already begun work on two other projects.

If you haven’t yet begun to dig into podcasts, now’s a great time to do so, and catch up with hits like Serial. I recommend Pocket Casts’ iOS and Android apps for listening on the go.