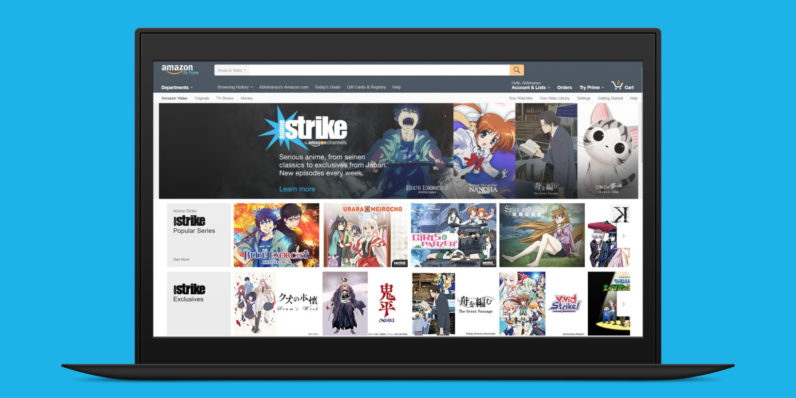 Amazon has launched Anime Strike, a new branded channel that will let you stream anime shows and movies on-demand for $5 a month.

It’s only available to Prime subscribers in the US for now. Anime Strike joins the company’s lineup of add-on Channels that you can subscribe to for a monthly fee and stream through Amazon Video. It’s the first of Amazon’s own channels; the others on the platform include Showtime, Starz, Tribeca Shortlist, Seeso and HBO.

The company also plans to launch more such branded on-demand channels in the future, but it isn’t clear which genres Amazon has in mind just yet.

If Anime Strike sounds like your idea of a fun night in, you can try the channel for a week at no charge by signing up here, provided you’re a Prime subscriber.