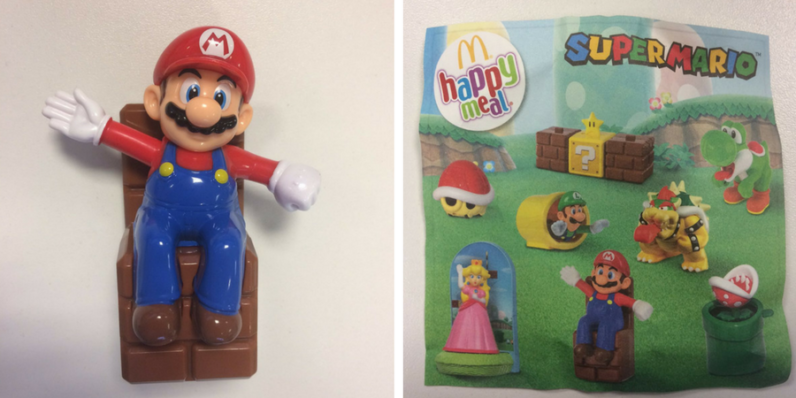 Super Mario Bros is enjoying a bit of a revival at the moment, thanks to the runaway success of Super Mario Run and the nostalgia-tastic NES Classic Mini.

Case in point: Mario, Luigi and friends are coming to a McDonald’s Happy Meal near you (provided you live in the UK, that is). Leaked promotional material sourced from Nintendo Life shows the iconic boxes will go on sale from Wednesday, January 11. Already, some people are reporting getting their hands on one a bit early.

@nintendolife picked up an early Mario Happy Meal toy today, here's what else to look out for: pic.twitter.com/gyw3a3a8ZO

The timing for this is impeccable. Nintendo plans to launch the convertible Switch console in March, with a rumored Mario title in tow.

It’s little things like this that’ll introduce the franchise to a younger audience.

Read next: Nokia gets Siri-ous about smartphones as it trademarks new AI assistant Viki