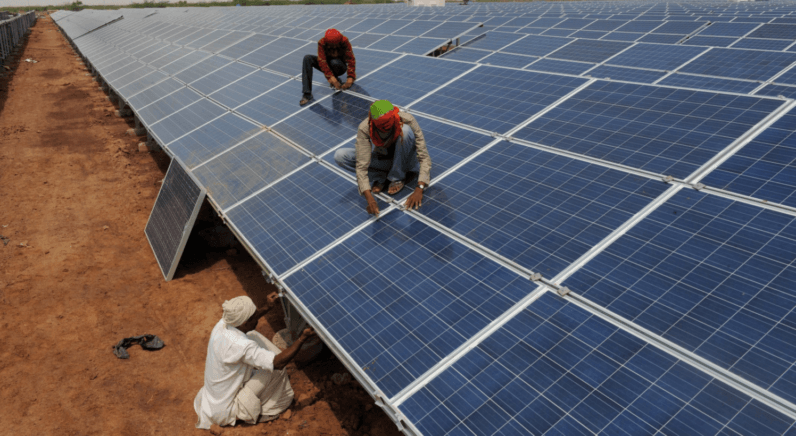 The massive facility packs 648 megawatts, which should suffice to power over 150,000 homes, and consists of 2.5 million solar modules, 576 inverters, 154 transformers as well as 6,000 kilometers of cables.

The solar plant spreads over 2,500 acres (or 10 square kilometers) of land and cost a total of $679 million to build. By comparison, Topaz Farm, which can generate up to 550 megawatts of power, took almost two years and over 2.5 billion in funds to build.

Adani Group sponsored and oversaw the project. “Before us, the largest solar power plant at a single location was in California in the U.S. That was 550 MW and was completed in around three years. We wanted to set up a solar plant of 648 MW in a single location in less than a year,” said Adani CEO Vneet Jaain.

With the introduction of this solar farm, India is expected to become the world’s third-biggest solar market from next year, trailing behind only China and the US.

Still, the country has a long way to go before reaching its goals to generate solar energy for 60 million homes by 2022, with plans to produce 40 percent of its power needs from non-fossil fuels by 2030.

In case you want to catch a glimpse of the colossal plant, National Geographic has previously made a documentary about Adani’s ambitious undertaking.

Read next: Who are the 30 fastest growing companies in Europe?