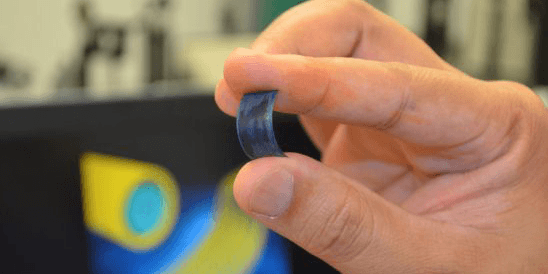 Scientists at University of Central Florida (UCF) have developed a supercapacitor battery prototype that lasts 20 times longer than a conventional lithium-ion cell. It charges in seconds.

“If they were to replace the batteries with these supercapacitors, you could charge your mobile phone in a few seconds and you wouldn’t need to charge it again for over a week,” said Nitin Choudhary

Better still, the battery doesn’t degrade. After around 18 months, the typical lithium-ion battery cell starts a slow process of degradation where each charge cycle leads to fractionally smaller amounts of overall capacity. The prototype doesn’t experience the same levels of degradation and still works like new after being recharged 30,000 times.

Supercapacitors charge quickly due to the way they store energy: statically, on the surface of a material. Batteries, on the other hand, rely on chemical reactions to store and discharge energy. Using graphene, researchers created a large surface area to hold more electrons and increase a battery’s life span.

It’s early, but the research is promising.

If successful, supercapacitor research could lead to weeks-long battery life for mobile devices, an increase in range for electric vehicles, and better storage capacity for power derived from alternative energy sources.

A Phone That Charges in Seconds? UCF Scientists Bring it Closer to Reality on UCF

Read next: Oculus Rift owners can stream Xbox One games to their headset starting next month