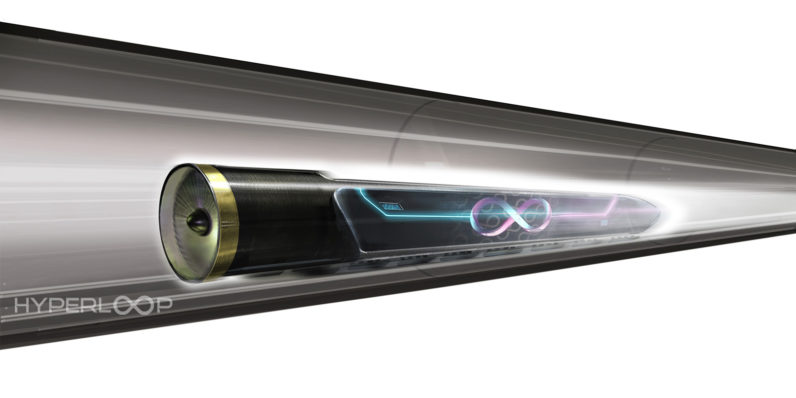 At its event hosted in the Burj Khalifa building in Dubai, Hyperloop One announced that the Middle Eastern trade capital will be the first city where the company will begin pursuing an opportunity to build its high-speed transport systems for passengers and cargo, in partnership with Dubai’s Roads & Transport Authority.

Breaking news: @RTA_Dubai and Hyperloop One sign a deal to pursue a passenger and cargo #hyperloop network in the UAE pic.twitter.com/u7Gqd3dcaK

When it teased the announcement with a video clip yesterday, Hyperloop One promised train rides from Dubai to Abu Dhabi in 12 minutes, to Riyadh in 48 minutes and to Doha in 23 minutes. That works out to a mind-boggling speed of about 500 mph.

Hyperloop One has released another video explaining how its proposed system could work:

Of course, it’s still early days for the project; the company hasn’t discussed the terms of the deal with Dubai and its technology is still in the testing phase. It’s first move following the new deal is to study the feasibility for building a line linking it to the Emirati capital of Abu Dhabi.

Read next: This meme cover of Feel Good Inc puts the entire internet in one song