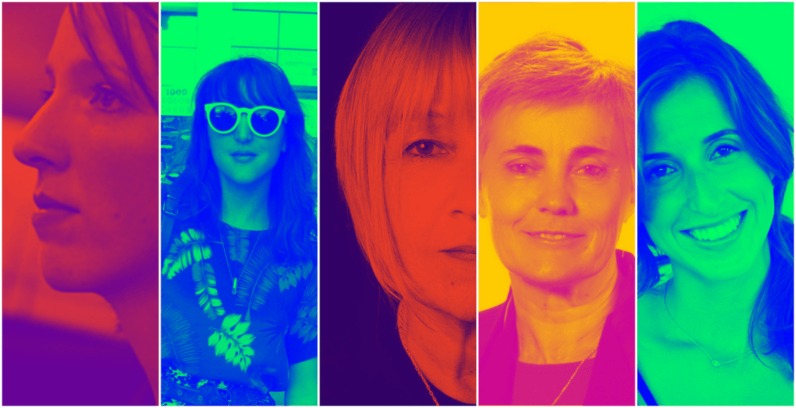 It’s 2016 and a woman may soon become the world’s most powerful person; a step in the right direction for gender equality. There is, however, still a long way to go.

For women in tech, though improving, the numbers aren’t great: According to a 2014 report from Fenwick & West, women occupy just eleven percent of executive positions at Silicon Valley companies, of which only nine percent of Executive Officers are women.

Outside the valley only five percent of tech startups are owned by women and 25 percent of IT jobs are held by women.

As MakeLoveNotPorn Founder and upcoming TNW NYC speaker Cindy Gallop puts it, it’s time to “break the closed loop of white guys talking to white guys about other white guys”.

And this is exactly what the five leading ladies invited to share their make or break moments at TNW NYC are doing: disrupting a male-dominated tech scene.

Read on to see how these women managed to fight the odds and become some of tech’s most important players. And be sure not to miss them at TNW NYC on November 16th!

In 2012, Danielle quit her job as Head of Marketing at Twilio to pursue her own product. Within a year of joining the Y Combinator summer class of 2012, she would realise that her company was not going to experience the sort of success she had first thought.

It was this failure that led Danielle to start blogging about the factors that often contribute to a young company’s quick demise. The data she had gathered and analysed for this purpose ended up catching the attention of investors – including Marc Andreessen and Dave McClure – and when they wanted access, she told them they could have it by backing her seed round. 3 years later and Mattermark is the go-to platform for VC firms to use when quantifying signals of growing and potentially lucrative startups.

Danielle is a first-rate storyteller and living proof that you really can build something out of nothing. Her talk at TNW NYC will cover everything from marketing at Twilio, to failing with Referly, to making it with Mattermark.

Nowadays, the publishing industry is in disarray. The homepage has been declared dead, while ad blockers and Facebook’s aggressive push with Instant Articles are eating into what little advertising revenue is left. Even natively digital media companies are struggling to make ends meet.

And then there’s Refinery29, co-founded by Piera Gelardi in 2005, that has surpassed two billion page views in 2016 and over 300 million viewers across all platforms.

Against all odds, Piera Gelardi and her team have built a media company that millennials actually love. With a focus on fashion and lifestyle, Refinery29 have been able to leverage the trend of native advertising without alienating its readers. In fact,their readers are some of the most loyal out there, averaging six visits per visitor and averaging two minutes per visit according to ComScore.

And did we mention that Turner has lead a $45 million funding round to bring Refinery29 to TV?

In other words, dedication is not dead. You just need to know how to nurture it.

Zipcar founders Robin Chase and Antje Danielson, both 42, met when their children attended the same kindergarten class in 1999. 17 years later Zipcar has offices in more than 26 cities and 860,000 members across the US, Austria, Canada, Spain, and the UK. The company’s profile only grew when car-rental giant Avis bought Zipcar for $491 million in January 2013.

You’d say that sounds like a pretty great success story. But the thing is, both founders left the company more than 10 years ago. Power struggles and disputes prevented either of them from seeing their shared vision through.

Since leaving Zipcar, Robin has been named one of Time’s 100 most influential people (in 2009) and co-founded two new companies; peer-to-peer car rental company Drivy and Veniam, a vehicle-communications company.

Gallop is an English advertising consultant, founder and former chair of the US branch of advertising firm Bartle Bogle Hegarty, and founder of the IfWeRanTheWorld and MakeLoveNotPorn companies.

Realizing a dialog was more than necessary to crush the myths surrounding sex and pornography, Gallop founded MakeLoveNotPorn in 2009. It’s an open, non-judgmental forum for people to share experiences, advice and opinions. Now, it has over 400,000 members globally, and MLNP.tv followed in 2013 – a video platform for sharing real world sex.

And then there’s IfWeRanTheWorld,  a web platform launched in 2010 that seeks to turn good ideas and intentions into realities by allowing people, companies, and brands to collaboratively perform and trade “microactions.” One notable example is the initiative to revitalize the manufacturing town of Braddock, Pennyslvania – a collaborative effort by Levi’s and the IfWeRanTheWorld community.

Beauty ecommerce company Birchbox, co-founded by Katia in 2010, is the darling of the online subscription world. Its business model – of sending monthly beauty samples in beautiful cardboard boxes, in order to help trigger sales in its ecommerce store – has been copied across every vertical imaginable, and provides Birchbox with more than a million monthly recurring customers.

But when the markets changed – and VCs began valuing profitability over growth at any cost – Birchbox needed to up their game and make strategic operational changes to become profitable faster. That’s working.

Katia also oversaw a rollout into the brick-and-mortar store space – something that may have surprised some of the earliest pundits trying to assess the company’s direction. The reason was simple: a physical retail store provides Birchbox another touch-point with its customers. Reverse-engineering the process meant they could easily establish the perfect location (Soho) to set up shop based on sales data.

What both of these moves also say is that Beauchamp is willing to do whatever it takes to build Birchbox out into a success. The subscription ecommerce industry has been hit hard in recent years, so rather than hold out and hope to be the only winner, Birchbox have diversified.