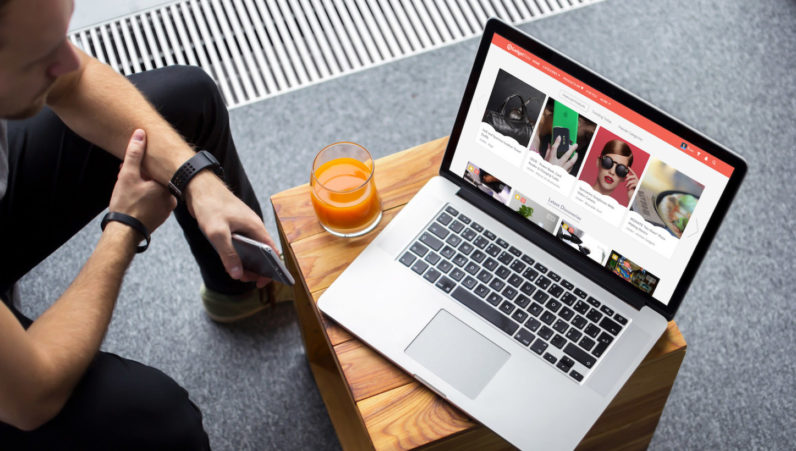 In the lead-up to SCALE – our early-stage startup growth program, we’re profiling startups we believe show exceptional promise. Catch up with 60 of the world’s hottest startups at TNW NYC in New York on November 16th.

Today, we bring you The Gadget Flow, a powerful online product discovery platform helping you discover, save, and buy awesome products.

We asked Evan Varsamis, the company’s Founder and CEO, some questions on their growth, and can’t wait to find out more at SCALE!

Tell us a bit about your company

Launched in mid-2012, The Gadget Flow is one of the biggest product discovery platforms on the web, reaching over 15 million people every month. Our aim is to make the entire process of online product exploration easy and hassle free. To date, we have featured over 10,000 products under 140+ categories.

Launched in the middle of the economic crisis and without starting capital, we managed to grow our company and generate more than 250,000,000 visits, hire 22 people, get over 5,000 customers, and promote products for the likes of not only Creative Labs, Polaroid, and Sony, but also thousands of crowdfunding campaigns from Kickstarter and Indiegogo.

Cassie Ousta, Mike Chliounakis and I met in college in 2009 in Athens, Greece, where Mike was studying marketing while Cassie and I majored in shipping and finance. Together, we started a media agency in 2012 and one of our college projects was Gadget Flow. As soon as we realized its potential, we closed the media agency and focused on Gadget Flow full-time. A couple of days later – on August 15th, 2012 – Gadget Flow was born.

Which tactics did your company’s growth entail?

By constantly listening to our users’ feedback, we enhanced the platform, introduced the private and public “Wish List” feature, and the “For You” section that lets users select their favorite categories, and generate a custom feed. We also launched sponsorship options for our customers.

We then focused on the ever-growing crowdfunding industry, using websites such as Kickstarter and Indiegogo, since they’ve fine-tuned their services and platform to be able to promote projects as well. A few months later,  Gadget Flow team managed to feature most of the biggest crowdfunding projects such as Trunkster, Jamstik, Rapide Lite 3D Printer, and many more. As I said in a recent article, “there was a huge opportunity for us, and we grabbed it by the horns because, as a startup, you have to adapt or die”.

Other than crowdfunding projects, we have since partnered with many third-party retailers to promote their products in front of millions of potential buyers, without sacrificing the quality of the platform. According to Cassie Ousta, head of our marketing team, “the tricky part was to increase our revenue by getting more customers advertising their products on our platform but without becoming too sales-y for our users.”

Being an entrepreneur at the age of 21 – our age when the company was founded –  is not easy. It requires determination, planning, high self-esteem, and the will to give up many things. You can’t have it both ways; to be ahead of the competition, you simply have to work more and do more than your competitors. Gadget Flow team has sacrificed many things to be able to run the company, and we accomplished this at a time when the odds were against them – in Greece during a huge economic crisis.

According to Mike, “seeing hundreds of local businesses closing and people protesting for their jobs and rights is quite challenging. We were scared with what was happening in Greece but were also determined to build our brand.” After putting in 18-19 hours a day to get things perfect, “[we] managed to build something that we are passionate about, something we believe in.”

You’ve recently introduced The Gadget Flow Shop. Tell us a bit about that

A few months ago, Cassie Ousta got the idea to launch The Gadget Flow shop for our users. We’ve worked on this for quite some time and finally launched the The Gadget Flow shop in August 2016. The idea is to work with vendors and offer some of the products we showcase directly through our shop at a competitive price.

Our plan is to add new products to the shop on a weekly basis and promote them through our platform. Cassie has been the brains of our marketing team ever since the platform launched, and the idea of the shop was one of her best inputs for the growth and development of the platform to date!

Catch Gadget Flow and many more of the world’s most promising startups at TNW NYC on November 16th.