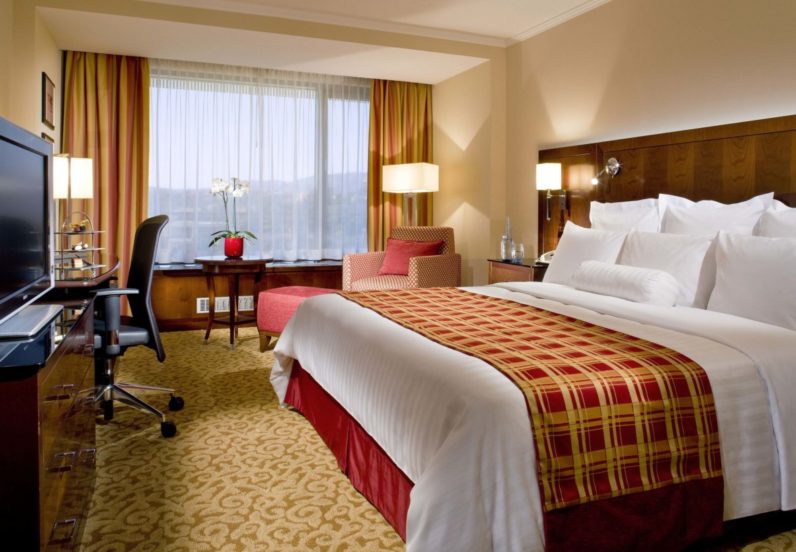 Feel free to file this one under “duh”.

The Marriott chain of hotels is desperate to win the custom of millennials. Towards the end of 2015, it refurbished many of its rooms to cater to this lucrative demographic, which on average takes more business trips than those over 35, and is more open to international travel.

If I spent too long sat hunched over my laptop, my back starts to hurt and I don’t get as much work as done. I think most people are like that. Millennials aren’t some physiologically different snowflakes. While my colleague Napier Lopez does much of his writing from a smartphone, hardly anyone else I know uses theirs for any intensive work.

Naturally there was some backlash aimed in the Marriott’s direction. I think millennials were more angry with being pidgeonholed than they were with their desks being taken away.

Predictably, the hotel chain has reversed course. It’s now returning desks to its rooms. These desks are now on wheels, allowing millennials to work from wherever they fancy.

This is a pretty nice compromise. The desks themselves will be smaller, for mobility reasons, which will allow Marriott to keep their larger bathrooms. It also means that guests will no longer have to stare at the wall while working.

This is really attractive to me. I travel a lot, for both business and pleasure. In the process, I’ve stayed in a number of hotels with amazing views. I’d rather gaze over a Maltese beach or a New England forest than stare at some stucco.

Now they just have to start offering free in-room Wi-Fi and it’ll be a match made in heaven.

The desk is back: Marriott is redesigning hotel rooms on Yahoo

Read next: Drake's Views is the first album to break one billion streams on Apple Music