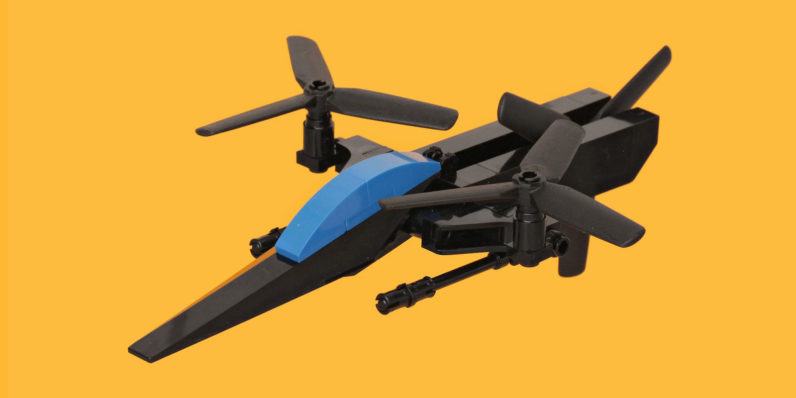 Uber surprised the world last month when it announced its plans to begin testing self-driving cabs within a matter of days. The company clearly has its sights set on the future of mobility, as Jeff Holden’s latest comments prove.

Uber’s head of products spoke with Recode over the weekend at The Nantucket Project conference, noting that the company is researching small planes that can vertically take off and land (VTOL), so they can be used for short-haul flights in cities.

Holden said that the idea behind this program is to enable Uber to offer customers “as many options as possible to move around.” He believes that VTOL aircraft for commercial use could become a reality within a decade.

Holden added that VTOL planes could potentially be a clever way to avoid traffic snarls: They don’t need a long runway like traditional aircraft. However, they still need some amount of space to land safely – and that could be difficult to find in congested cities.

Of course, Uber isn’t the only company thinking along these lines. The Defense Advanced Research Projects Agency (DARPA) is currently developing an experimental Plane (dubbed the VTOL X-Plane), and Airbus’ Silicon Valley arm, A3, is researching a plane that can serve as an air taxi for people and cargo. You can see how DARPA’s X-Plane might work in the video below.

In February, Tesla CEO Elon Musk said that he had an idea for a VTOL aircraft; he’d previously stated that he had thought up a design for an electric plane, so hopefully we’ll soon see something from the genius behind the Hyperloop concept as well.

While it’ll certainly be a while before we see cabs flying through the air, it’s interesting to see that a mobility giant like Uber is already thinking about commercial applications for such an idea.

Read next: Why we moved our team 1,500 miles away for a month