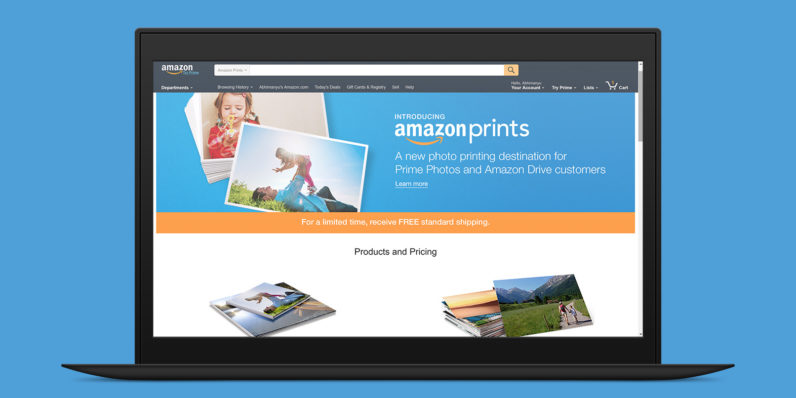 Amazon has launched Prints, a new service in the US that offers to print your photos, with prices starting at 9c a pop.

You can order prints in various sizes, as well as a range of photo books that start at $20 each; shipping is free on orders of $15 or more. The company says that custom stationery and calendars will soon become available.

Amazon hopes its new service will help Prime customers take advantage of the full-resolution photo storage that’s bundled with its subscription plan. It launched Prime Photos in 2014 in the US and subsequently rolled it out to other countries like the UK and Canada.

Amazon Drive customers who pay for the company’s cloud storage service can also order prints from their uploaded photos.

The launch of Amazon Prints dealt a serious blow to Shutterfly’s photo printing business, which saw its shares drop by 12 percent when the new service was announced. That marked the single largest decline for the company in eight years, reports Bloomberg.

It also has its work cut out for it in beating its new rival. Amazon’s prices come in lower than Shutterfly’s – the latter charges 15c per print and about $30 for its starting range of photo books.