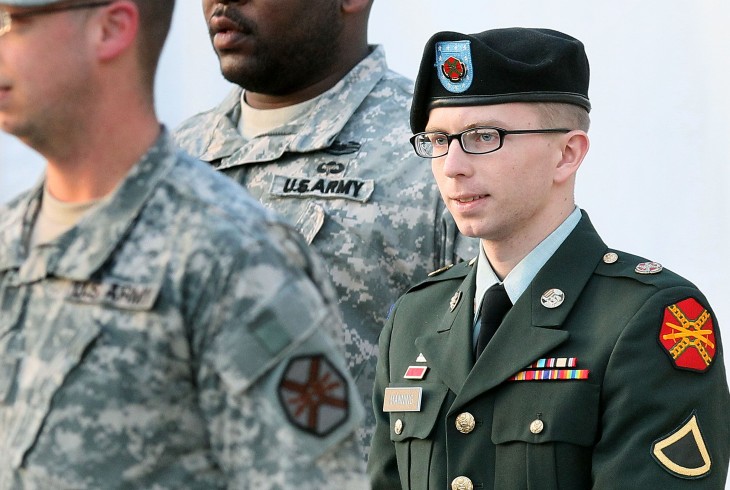 WikiLeaks founder Julian Assange offered today to surrender to the United States under a single condition — that Chelsea Manning be released from the US Disciplinary Barracks in Leavenworth, Kansas.

Manning — a transgender woman born Bradley Manning — is currently serving the remainder of her 35-year prison sentence after being convicted under the Espionage Act after leaking nearly 750,000 classified — or unclassified, but ‘sensitive’ — military and diplomatic documents to WikiLeaks in 2013. Manning was arrested after confiding in another intelligence officer, Adrian Lamo, and charged with 22 crimes — including ‘aiding the enemy,’ an offense punishable by death.

Currently serving the fourth year of her 35-year-sentence, Manning is eligible for parole after the seventh year, a date she may not have to wait for if President Obama signs off on Assange’s offer.

If Obama grants Manning clemency, Assange will agree to US prison in exchange — despite its clear unlawfulness https://t.co/MZU30S3Eia

Under the US Constitution, Obama has the power to grant clemency to Manning, although it’s doubtful he’ll exercise it. During both terms, Obama commuted 575 prisoners — more than the last nine presidents combined. He’s also denied more than 9,000 commutation requests.

The White House did not respond to a request for comment.

via The Daily Dot

Read next: Facebook is helping gather debate questions, what could go wrong?