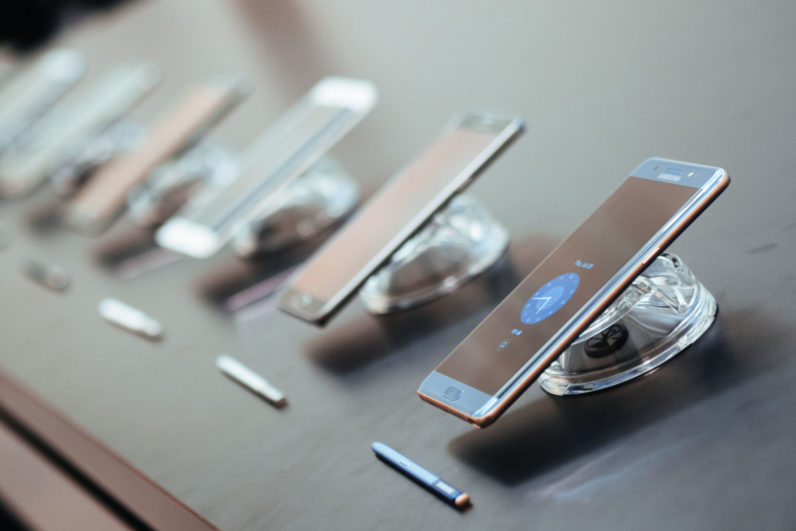 Much like a hoverboard, the Note 7 may soon be disallowed from airplanes.

As Samsung continues its fake recall of the Note 7, Gizmodo reports the FAA is considering an outright ban on the device until all problems with its exploding battery have been cleared up.

The FAA and the Pipeline and Hazardous Materials Safety Administration are working on guidance related to this issue. If the device is recalled by the manufacturer, airline crew and passengers will not be able to bring recalled batteries or electronics that contain recalled batteries in the cabin of an aircraft, or in carry-on and checked baggage.

Reading between the lines, it seems the FAA is unclear on how to proceed with this matter. While preventing exploding batteries from the cabin of an aircraft is obviously critical, Samsung’s refusal to issue a straightforward recall on the Note 7 seems to be giving the FAA pause.

So if you happen to fall in the Venn diagram overlap of people with Note 7s that cruise around on Hoverboards, you’ll probably need to ship both to your final destination before getitng on a plane.

Read next: Google hits back at Microsoft with improved Chrome battery test on Surface Book