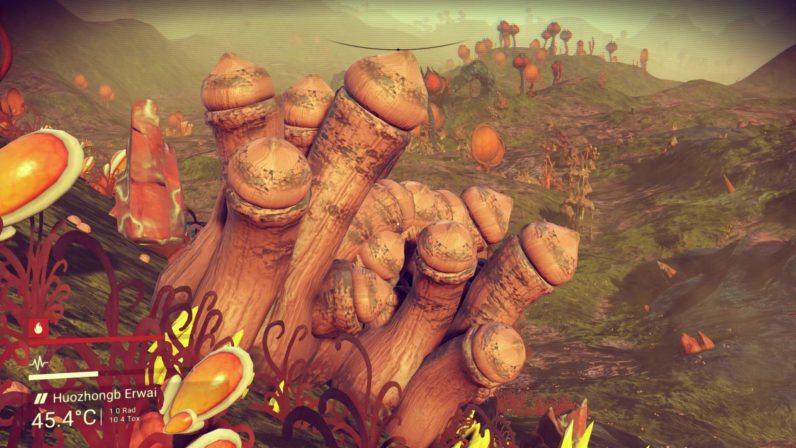 In a game so infinite its developers report it’d take approximately 584 billion years to explore, there are a near infinite amount of plant and animal species to discover. They might not be the majestic discoveries we were promised in the E3 trailer (shown below), but they’re discoveries nonetheless.

The discoveries have come at a rather frenetic pace, too. In the first 24 hours, No Man’s Sky explorers managed to discover more plant and animal species than exist on Earth. Imgur user Smackvein, is an explorer too. He recently put his explorer pants on to discover this majestic creation in a galaxy far, far away.

I know they don’t want us naming shit after our dicks. But sometimes “Penis Bouquet” is the only name that fits.

No Man's Sky on Imgur

Read next: A new algorithm can identify depressed individuals by their Instagram photos