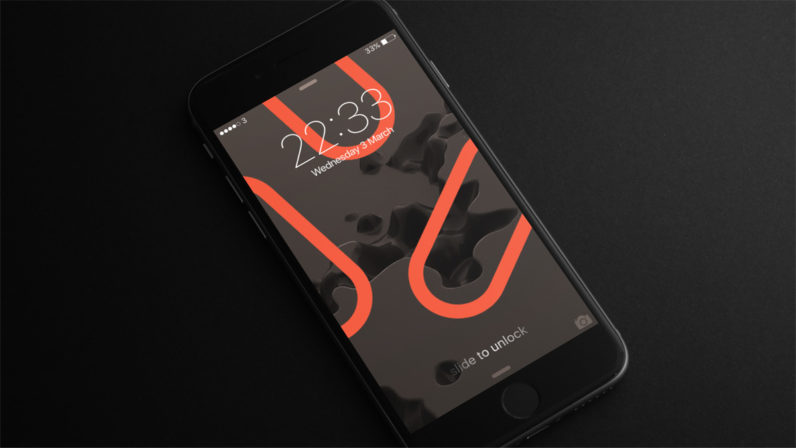 “Technology has played a key role in people’s rising interest in their sexuality,” said Andriy Yaroshenko, sextech entrepreneur, the self-proclaimed sex evangelist and founder of the Newpl app based in Ukraine. “Historically, it was only the social elite that could freely follow its sexual preferences. But with the internet, everyone can find what they like and push the limits of the ‘norm’.

Yaroshenko’s Newpl, which is to be released by the end of 2016, is a “kinky app for dating by sexual fantasies.” It’s initially aimed at “sex-positive” couples and singles who’d like to diversify their sexual life by meeting new people (hence the name) that have similar wishes.

The story of 3nder

While Yaroshenko’s Newpl is aimed at all kinds of kinks at once, there are a number of apps focussing on particular niches. One of these niche apps — Feeld, formerly known as 3nder — has recently made the news by being sued by Tinder for allegedly violating the latter’s trademark. After a few months in a legal standoff, Feeld’s founder Dimo Trifonov made the decision to rebrand the app in order to survive the dating giant’s pressure.

Trifonov, 25, moved to London from Bulgaria in 2011 to work for a design studio.

“When I was a kid, I lived in a small town of 5,000 people,” he told TNW in an interview at The Europas conference in London in June. “There were not many things to do there, so I started drinking at the age of 12. I also did drugs back then.”

In a few years, Trifonov quit all unhealthy habits except smoking, but still wasn’t entirely sure of what to do next.

The passion for graphic design brought Trifonov first to Bulgaria’s capital, Sofia, and then to the UK. In early 2014, an important event in his own life made the designer turn entrepreneur: his girlfriend wrote him a letter about her feelings towards another girl, as she was afraid to talk about it in person.

“I was so touched, and I thought that nobody should feel like this when they have feelings for someone,” he said. “It’s a good thing when someone makes you feel good.”

Afterwards the couple tried offline and online ways of meeting new people to expand their relationship. The former failed because none of them drink alcohol, and most opportunities for meeting people in real life revolved around bars and clubs. The latter, in turn, didn’t work because “the websites are stuck in the 90s in terms of design and technology, it’s horrible,” Trifonov recalled.

Unsurprisingly, Trifonov ended up thinking about how to solve a problem that, he assumed, was not only important for him, but for many people in a similar position.

“It took me two days to make a teaser page,” he said. “It was just a landing, with no product [behind it]. I had zero business experience, zero networking experience… but then I had a waiting list of over 50,000 people who wanted this thing.

As is evident from the initial name, Trifonov’s app mostly caters for those interested in sexual relations that include more than two people. After the initial angel round, it took up another $500,000 in October 2015, and the future was looking bright.

3nder’s first major bump on the road to success came in early 2016, when Tinder sent a cease and desist letter and subsequently filed a lawsuit against the startup, accusing it of trademark infringement. Obviously, it was no easy task for Trifonov’s company to withstand the legal pressure.

“Corporations are like machines, and attacking a company of our size is like attacking a human being,” he said. “If you have to make an example, it’s kind of like a grown man punching a child.”

Tinder’s lawsuit, however, brought the company to the front pages of the media worldwide, effectively helping it to acquire customers. As of June, when the app was only available on iOS, it had a user base of more than 600,000 people, mostly in the US, UK, Brazil, and other Western European countries. The app has a freemium business model and had some 35,000 paying customers in June, although the in-app payments are one-off and there’s no subscription fee to pay.

In early August, Feeld also launched on Android, where it was downloaded by up to 50,000 people in the first few days, according to Google Play.

Trifonov isn’t entirely happy about the sudden popularity of his app, though.

“A lot of the people [who joined after this Tinder lawsuit], they don’t know what they are doing there,” he said. “They don’t understand it. Normally when I match with someone, I’m in my world, in my wonderland where I’m feeling free. Now I’m no longer feeling free, because this new person doesn’t really know what they’re doing here, so I might insult them, or they might feel something negative about me.

“It’s really easy to go mainstream. You just change the copy, make it more society-friendly, forget about the threesomes, make it ‘adventurous dating,’” Trifonov added, apparently hinting at other apps like Pure. “And instantly you’re gonna get tens of millions of users in no time. We don’t want to go there, that’s why we’re not there.

At this point, it seems like many founders of sextech startups have a very similar mission of helping people to understand their desires and find others who share them.

“Being curious about your sexuality right now is still a taboo,” Trifonov said. “I was thinking the other day: in all the movies on the TV, it’s violence all over the place, and that’s fine. But when it comes to sex, pleasure and sexuality, it’s where people feel they’re doing something wrong.

I think the first step we need to take is to make it better in our minds. Many people are thinking it’s something wrong to be curious about your sexuality. I felt this pressure myself. I felt deep inside me that I should keep [my personal story] a secret.

Yaroshenko also thinks that even just talking about one’s sexuality can be hugely beneficial.

“The more we discuss and research sexuality, the fewer major issues there will be around us,” he said. “There would be fewer emotionally unstable people, for example. Those who accept their sexuality and their desires generally do better in society.

“That’s why I, together with my team, have launched  a TED-like educational project SEX.Prostir in Ukraine. The acronym SEX codes three meanings — Science, Education, and eXperience. The mission of the project is to improve the sex education in our society.”

In addition to educating and empowering people, Trifonov is determined to build something bigger than an online dating platform.

“We have a community,” he said. “Tinder will never build a community of this kind, because their product is so broad, I’m not afraid of them. For me, it’s about building a society.

I look at my users as members of this kind of secret society. They relate to each other. And I’m trying to recreate this in real life. By the end of the year, we’re going to announce a series of secret events that are happening in towns. There will also be badges and bracelets that will be coded, so only people in the community will know what they mean.

While the apps like Feeld, Newpl, or Pure are only a small part of the sextech industry, they clearly represent a growing constructive trend of educating people who are willing to be educated, and building a better and more open society.

This kind of meaningful transformation isn’t likely to happen tomorrow or next week, but it will happen eventually — not only because it’s the right thing to do, but also because sextech is a lucrative market that opens nearly endless possibilities for entrepreneurs and investors.

Read next: Uber is rolling out self-driving cabs this month