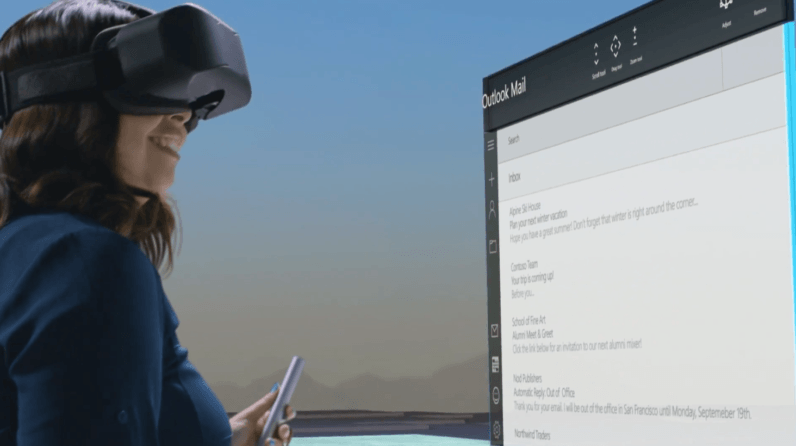 With the amount of muscle required to utilize HTC’s Vive or Oculus’ Rift, we might still be a few years away from penetrating the mainstream virtual reality market. Microsoft has other plans.

Today at Intel’s developer conference, Windows chief Terry Myerson announced a partnership with Intel  that will make all future Windows 10 PC’s capable of supporting (at least) mixed reality applications on the HoloLens.

“All Windows 10 PCs next year will include a holographic shell,” Myerson said. Holographic shell, in case you were wondering, is the operating system that runs on Microsoft’s HoloLens headset.

Virtual and augmented reality seem to be the buzz worthy topics of this year’s Intel conference. Earlier today, Intel announced its own headset, Project Alloy that could see users getting an augmented reality experience without cords — and with hand tracking — by this time next year.

Read next: Huawei's dual camera-toting Honor 8 arrives in the US with a $400 price tag