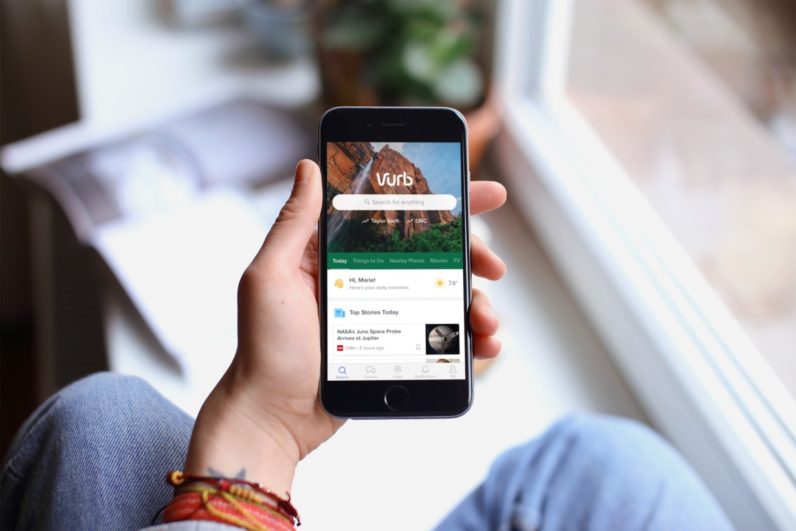 Snapchat today acquired mobile search and recommendation app Vurb for a reported $110 million. Why Snapchat was interested in a mobile search app at a all is what makes the purchase interesting.

It’s no secret that Snapchat is growing. After initially turning down a $3 billion acquisition bid from Facebook in 2013, Snapchat has grown to a reported 150 million daily users and a valuation north of $20 billion. It also passed Twitter this year in daily active users.

But still, Snapchat has problems.

The most oft-heard gripes center on a confusing interface that makes it difficult for new users to get up and running. Once they start to sort out the navigation issues on a not-at-all intuitive platform, the users are left to fend for themselves when it comes to finding people to follow — which might be the biggest problem of them all considering Snapchat’s user experience lives and dies based on the accounts you follow.

To top it all off, Snapchat is still fiddling with revenue streams. Put simply, as big as it has become, the idea that it’s invincible is a bit far-fetched at this point.

The acquisition of Vurb could change all that. What Vurb does best is exactly what Snapchat is lacking — discovery.

By acquiring the application as well as the talent (founder Bobby Lo will reportedly stick around at Snapchat) behind it, Snapchat puts itself in a unique position. Vurb’s discovery engine should make it easier to surface accounts worth following in addition to providing some rather unique monetization streams from geo-targeted search.

The company is primarily a discovery engine that takes Google’s Knowledge Graph and shrinks it down to fit comfortably on a mobile device. Searches for things like restaurants bring up Yelp reviews. Searching for movie listings leads you to Fandango to purchase tickets. In short, it’s what Google would have been if it were created in the last couple years — on-demand knowledge without the need to go off-site.

The ability to search and contextually identify opportunities for monetization amongst its users in a natural-feeling way could lead to another huge growth in users for the social network in months to come. For now though, we’re left to speculate about what Vurb could bring to the table as Snapchat is remaining rather tight-lipped following the acquisition.