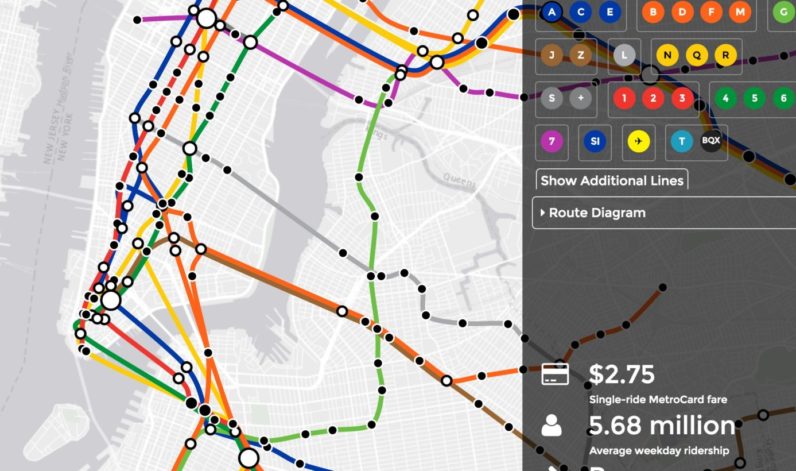 New York has one of the best public transit systems in the country, but it’s still very much a mess. Why do I have to train it through Manhattan if I’d like to go from Forest Hills to Park Slope? How come there’s a train to JFK, but not for LGA? Won’t someone please just build a crosstown train between the Upper East and West sides? It’s too cold to wait for a bus sometimes, Central Park be damned.

If you’ve ever dreamed of a fantasy subway line, now you can build your own perfect MTA system with a new game, “Brand New Subway.” Designed by Jason Wright, the game lets you click around the map of New York City and build your own train lines that you think should exist. A train from Flushing to the Bronx? Yeah, we can do that. An express train that takes you directly from downtown Manhattan to Coney Island without stops? Sure, make it happen.

The opposite could be done as well, if you’re one who wants to watch the world burn. You can make train lines that make zero sense, or just loop it around endlessly to simply spell out your name.

“Brand New Subway” was submitted as an entry to a game design contest honoring Robert Moses, a prominent figure in New York’s city planning. You can play with the addictive game here, but sorry, no matter how hard you try, the L train still won’t come back before 2020.