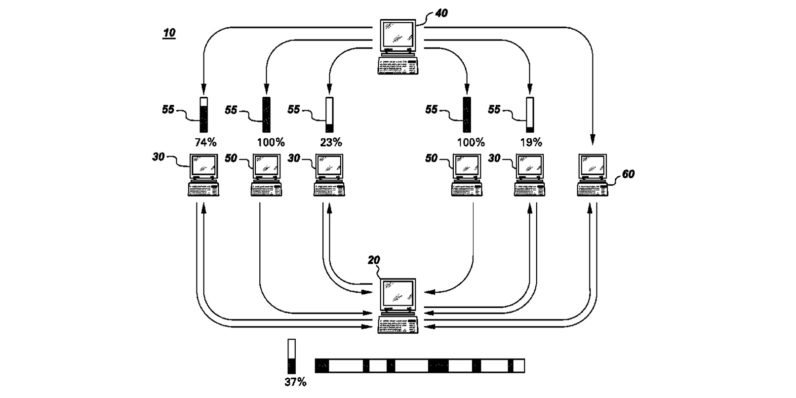 In an effort to curb piracy of copyrighted content, entertainment giant NBC Universal has patented a way to detect files being shared by large groups of people on peer-to-peer networks in real-time.

The idea is that the system, which could be deployed by an internet service provider, will be able to identify files, like a movie or music album being distributed on a network (such as a BitTorrent network) by a swarm of users. When there are several users engaged in sharing the verified file, it’ll raise an alarm so appropriate action, like alerting the ISP or filing a lawsuit, can be taken.

It’s worth noting that the patent was filed way back in 2009, and the methods described may not be suitable for successfully verifying files that have had their digital fingerprints obscured by experienced pirates.

In addition, the filing includes a misguided suggestion for ISPs to use the data collected about file-sharing swarms to limit or block that sort of traffic, in order to save on operating costs. There isn’t much sense to that because issues for broadband services like network congestion are rubbish, as this video explains below.

It isn’t clear if NBC Universal has plans to implement its patented concept, or if it’s worth doing so. TorrentFreak noted that the conglomerate’s parent company Comcast faced serious backlash when it attempted to throttle BitTorrent traffic back in 2007.

What the patent fails to address are the reasons why people share files illegally in the first place. Availability and affordability of digital content are certainly on the rise, but if piracy is drastically hurting your bottom line, there’s something wrong with your current business model that’s less attractive than breaking the law and risking the consequences. And that’s what companies need to think about fixing right away.

Read next: Make your emoji on Mac work like Slack with this handy trick