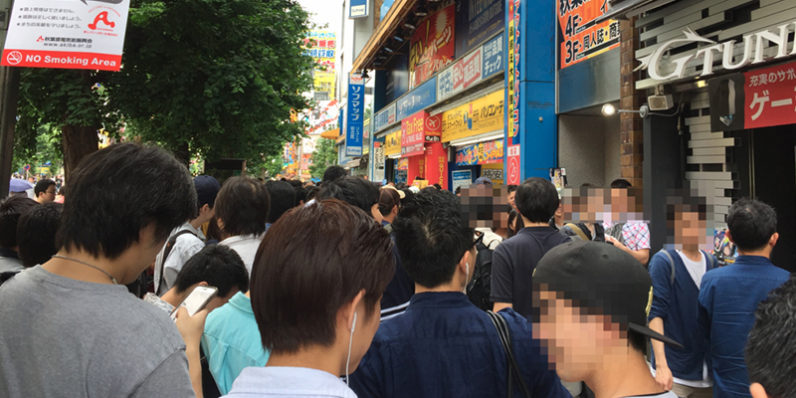 With VR technology rapidly evolving and becoming a mainstay in the consumer market, naturally the adult entertainment industry wants to get their hands on it — and that’s not necessarily a bad thing.

In the past, the mainstream adoption of technologies like VHS, DVD and online video were lead by pornographic uses. However, this new trend doesn’t just stop with PornHub’s VR-dedicated section.

Yeah, you can guess what this thing does.

It hooks up to a bunch of different VR headsets and enriches the scene by adding a physical component, as demonstrated by one of the festival attendees.

This shady looking cardboard box holds a special secret for whoever dares to put their arm in it.

Inside awaits the experience of touching a female breast, by tracking the arm movements and blowing air in the right places to make it feel realistic.

Then there’s this monstrosity.

When hooked up to a VR device, the viewer can interact in different ways with this self-inflating and deflating women’s body, making for a more realistic experience.

To say the festival was a success was an understatement, as people couldn’t get in shortly after it started:

“The event didn’t start until 2 PM, so I went there in high spirits an hour before then, but the street was already overflowing with people. There were so many that it was almost impossible to keep the situation under control. While waiting for my friends, I couldn’t help but think that if they couldn’t control the mass of people, a riot or something similar could happen.” (translation by WildPhil88 on VRTalk)

Read next: Apple releases 4 iMessage apps ahead of iOS 10