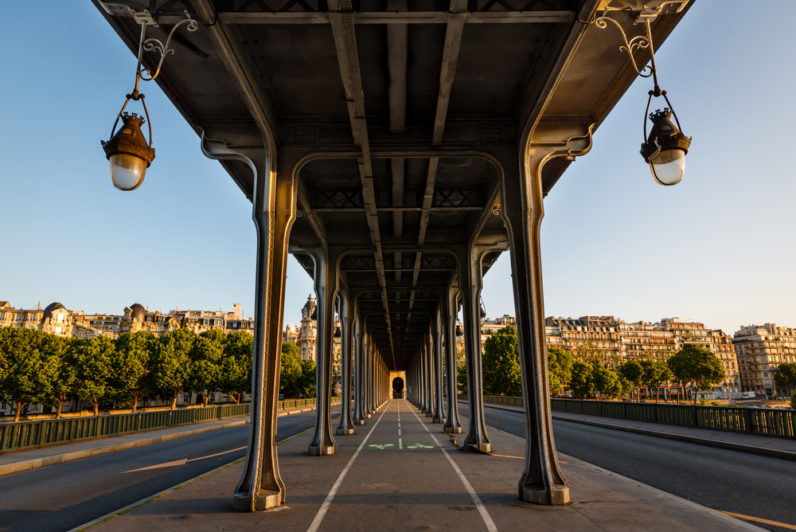 Over the past five months, I’ve worked in the Amsterdam tech scene, frantically tracking the latest tech news and interviewing passionate startup founders for Index. During my stint in this city of canals, I learned a lot about the different tech scenes throughout Europe and what makes them tick.

It’s clear that there are a few key ingredients to spurring on a growing tech ecosystem; elements like sane government policies, educational systems that support entrepreneurship and technical skills at various levels, and a handful of influencers vying for the scene. Moreover for those situated outside the United States or the UK, there’s the language question.

Having come to the end of my stay in Amsterdam, I’m heading back to Paris to pursue my Masters in Business Management, and I wanted to look into what I could expect from the French startup scene.

Turns out, it’s thriving. France is a country famous for its risk-averse approach to business, bureaucratic barriers and high taxes. Nevertheless, there has been a recent boom in entrepreneurial activity that looks very promising.

It’s somewhat unexpected, but it’s happening and it’s coming from all sides of French society; from the government, to the corporations and the new wave of entrepreneurs.

Despite recent successes, it still surprises some to find out that companies like BlaBlaCar, a unicorn valued at $1.6 billion, are products of the French tech scene. France is not quite the heavy hitter it has the potential to be.

The takeaway? France is starting do some really great things in the tech sphere. However, the country has some deep-rooted cultural obstacles to overcome if it wants to become a major player in the tech industry.

When the current socialist government was elected in 2012 and proposed a 60 percent tax on small companies, French entrepreneurs protested and ran in the other direction, triggering the “Pigeon movement”. Ironically, it turns out that entrepreneurship has been one of the government’s main focus over the past four years.

It introduced tax cuts for a startup’s first eight years, a strong and sometimes necessary incentive for young companies. The government also launched La French Tech to promote the creation of a national and global French startup community. According to the French Minister of the Economy, Emmanuel Macron, 1000 to 1500 startups were created in France in 2015.

France gets high marks for government support – it definitely appears to be working.

Incentivizing the current generation of entrepreneurs is great, but longevity comes from nurturing the next generation. Opening up education to new technical fields and entrepreneurial ideas is key.

Change is badly needed in the country’s classrooms where students follow a strict curriculum and failure is penalized. The French education system is prestigious but rigid and academic. It’s also centralized and bureaucratic, which means significant change is difficult, if not impossible.

Unfortunately, France is lagging behind a little in encouraging students to innovate and create.

Undoubtedly we’ll see France move towards changes in education when the startup scene starts to show its potential. One of the things that will need to be emphasized, both in the education system and otherwise, is English.

Now this is a tricky one. France is fiercely proud of its linguistic heritage, and for good reason. However, there’s definitely a language barrier. The French are good at multiple things (think food and literature). Speaking English is not their strongest suit.

The country needs to break down that barrier if it is to become an international startup hub. The state of tech in Europe dictates that proficiency in English can be a huge plus – not only in the potential to greatly expand the market reach for small businesses, but also in drawing entrepreneurial talent from other countries.

I asked Martin Verpaalen, founder of Qanda, the winning startup from TNW Europe’s Boost competition, to tell me about his experience as a French entrepreneur.

It’s not always easy, he explains, because “France can be incredibly conservative, proud and patronizing [to startups]. You have to be innovative. Don’t wait for help or mentorship, learn stuff yourself and work a lot.”

Drawbacks aside, Martin assured me that France has the potential to be a great country to build a startup in. Plenty internal actors “who get it” are shaking things up the right way.

Among them, he states “there are the guys from The Family and Xavier Niel. They come with new ideas for education, they are humble and open to new ideas. They know that France is not Silicon Valley but help you take advantage of it.”

This is also the case for Tobias, founder of Oocar, who has seen “huge progress over the last ten years, with visible role models and success stories.” Although he agrees that startups’ ability to scale could be improved in France, he believes that “there is a realisation that both VCs and Corporates need to evolve – and there are great new models being born in Paris, like the dynamic Venture Capital team at Daphni, or the corporate-startup partnership accelerator Blue Circle.”

France is clearly still working on some of these important ingredients but Martin best put it when he reminded me that being a startup also means disrupting the system instead of leaning on it. Being French myself, I can’t help but wonder how this entrepreneurial boom will reshape the country’s economy and culture.

Read next: macOS Sierra preview: Siri taught me that iCloud is the killer feature