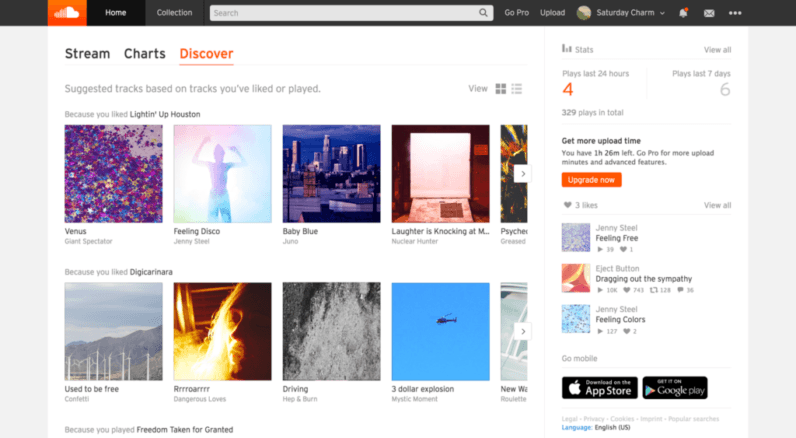 SoundCloud has long been one of my favorite apps for discovering new music.The fun design and numerous independent acts that litter the app made it worth using. The problem, however, is that this discovery was far too manual in a world where algorithmically-curated playlists are the norm on Spotify, Apple Music and Pandora.

Today’s announcement that SoundCloud is bringing algorithmic sorting could make it viable in a world led by Spotify, Apple Music and Google Play. It’s still not going to compete with any of the above in terms of revenue, but it could compete for the attention of hardcore music discovery junkies, like me.

Much like Spotify’s ‘Discover Weekly,’ SoundCloud is set to do the heavy lifting by utilizing an algorithm to track what you listen to and recommend other songs or acts you might like.

Like most algorithms, it gets better the more you use it.

The ‘Discover’ tab is available today, but be warned, if you don’t use the app much, there’s probably not going to be anything there until it gets a better sense of your musical tastes.

Read next: FBI falls 2 votes short of viewing our browsing history without a warrant