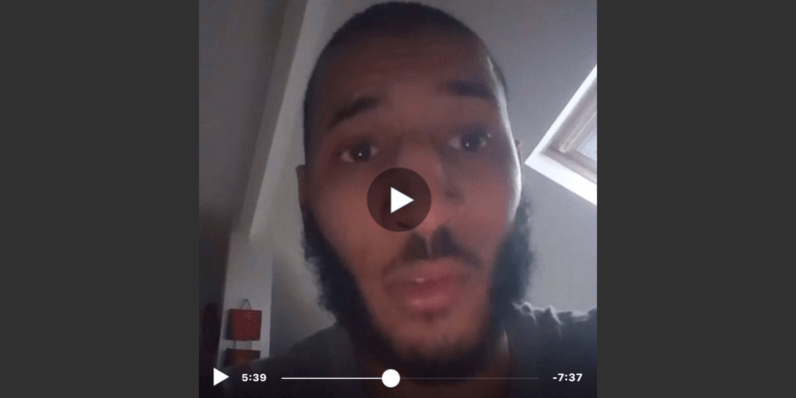 After a man claiming to be with ISIS stabbed a French police commander and his wife to death Monday night, he took to Facebook live to warn of more murders.

According to Le Monde, the terrorist, Larossi Abballa started streaming immediately after the murders. In his stream, Abballa, swore allegiance to ISIS and encouraged others to commit similar murders on police, politicians, journalists and musicians.

A French journalist also captured screenshots (which posted to his Twitter feed) of the man claiming “Europe will be a cemetery” before turning his attention to the three-year-old boy of the parents he murdered before remarking “I don’t know yet what I’ll do with him.”

Police have since found the boy, unharmed.

Abballa, who used the name Homamed Ali during his stream, was killed by police and his Facebook account has since been disabled.

This isn’t the first time livestreams have played host to illegal activity. Last month we detailed three minors who used the streaming platform to broadcast sex acts. Facebook Live and Periscope have also been used to broadcast murder and rape in recent months.

Read next: The next Google Fiber city is one of its largest yet