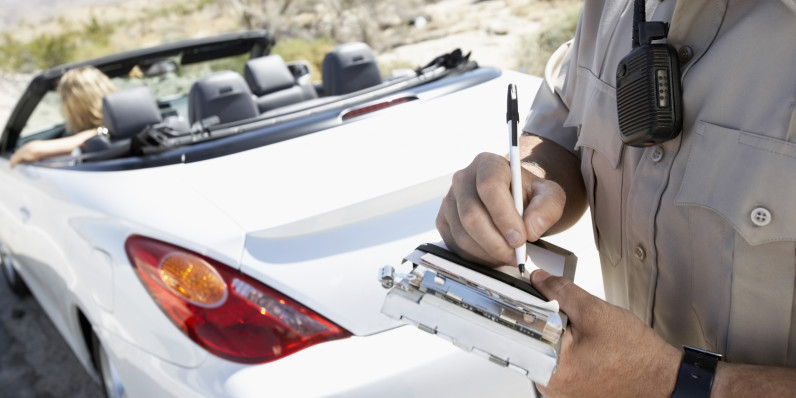 Law enforcement agencies in Oklahoma have a new tool that allows them to siphon money from credit cards during suspected drug stops. The device, manufactured by Texas-based ERAD Group, works on “open loop” debit cards, like prepaid cards offered by Visa and American Express, and gives officers the ability to drain or freeze an account on the spot without the need for pesky warrants or court appearances.

“It’s scary to know that technology even exists and that government agencies are using it without an arrest, without a warrant,” state Sen. Kyle Loveless told Oklahoma Watch.

A response to a Homeland Security report that drug dealers and traffickers are increasingly reliant on prepaid cards as an alternative to transporting large amounts of cash, the Oklahoma Department of Public Safety says it just installed 16 of the devices last month, but has yet to seize any property.

According to the Department of Homeland Security:

“[L]aw enforcement seized approximately 1,000 cards from a suspected drug trafficker. With this technology they were able to identify more than $48,000 in funds that were loaded onto the cards,” said the release. “Since it was put into field testing, the Prepaid Card Reader has resulted in approximately $1 million dollars being seized by state and local law enforcement agencies from suspected criminal activity. ”

But drug dealers and couriers aren’t the only ones reliant on prepaid cards, according to a 2014 survey, more than 12 million people use prepaid cards at least monthly.

ERAD devices also disproportionately affect those with a low-income.

Prepaid cardholders are likely to be younger, single, African Americans that earn less than $25,000 a year. One in seven of these cardholders received the card from employers or a government entity as nearly 40 percent of prepaid card users don’t have a bank account, a move spurred mostly by minimum balance requirements and hefty fees at some branches.

Oklahoma is already a breeding ground for forfeiture scandals

One state official (a prosecuting attorney) has been accused of using forfeiture funds to pay off his student loans, another used a forfeited home to live rent-free. There’s also the case of a county sheriff and deputy being indicted for extortion and bribery, the result of a traffic stop the led to an arrest and $10,000 in forfeited cash. After the alleged drug dealer expressed a disinterest in the forfeited funds, the arresting officers released him and his passenger.

It’s so big of a problem in Oklahoma that John Oliver used the state’s troubles as an example in a 2014 segment on civil forfeiture on HBO’s ‘Last Week Tonight.’

Now, officials are opening a veritable Pandora’s box by making it even easier to siphon money from the state’s citizens without due process or a drug-related conviction.

The problem won’t be going away anytime soon, either. Currently, Oklahoma law allows police and prosecutors to keep 100 percent of forfeited property, even if the rightful owner was never convicted or indicted for the crime. In fact, 70 percent of Oklahoma’s law enforcement salaries are funded by forfeitures.

ERAD Group should shoulder some of the blame

If the ability to seize cash from your debit cards without so much as an arrest — or trial — sounds criminal, it should also be noted that the company behind the machine, ERAD Group, profits handsomely from both the sale of the machines and the training of officers in how to use it.

According to a contract obtained by Oklahoma Watch, ERAD Group charges $5,000 for each machine and $1,500 for training on how to use the device — a glorified card reader.

If that wasn’t enough, it also charges a processing fee of 7.7 percent on each transaction. So, if the state seizes $100,000 from a suspected drug dealer, ERAD Group pockets $7,700 in addition to the initial sale, training and any on-going need for maintenance and additional support.

In short, it’s the private prison of the online transaction world, a company that’s profiting from the misfortune caused by unlawful seizure of assets.

Overlooking the constitutional concerns surrounding due process, the federal government has proved mostly unwilling to get involved. The Obama administration took steps to reign in these practices earlier this year before ultimately stepping back and allowing the programs to continue.

A few civil liberties groups, such as the Institute for Justice, have managed to score victories in the fight to regain lost property. This year, for instance, the group managed to return $53,000 to a Christian rock band that saw its assets seized during a stop over a broken tail-light.

For now though, the federal government is notably absent and the fight is ultimately left to advocacy groups and citizens willing to go through the difficult, expensive and often lengthy process of recovering stolen assets, assets they’re often fleeced of without ever being charged with a crime.

Read next: Stealing iPhones from the Apple Store is apparently as easy as wearing a blue shirt