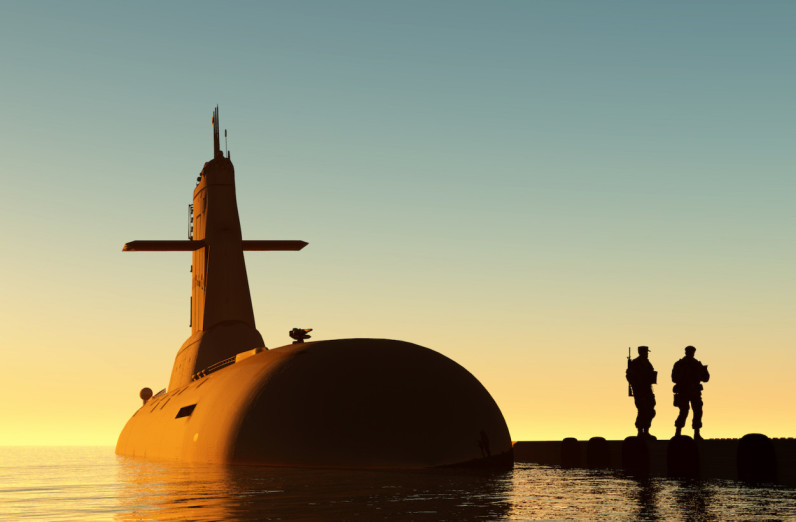 According to a report from the US Government Accountability Office (GAO), the Department of Defense (DOD), “coordinates the operational functions of the United States’ nuclear forces, such as intercontinental ballistic missiles, nuclear bombers, and tanker support aircrafts” using the pre-historic computer systems they were first built on.

That same report went on to explain that US taxpayers spend $61 billion a year on maintaining ageing technologies, some three times more than the government spends on new systems.

“This system remains in use because, in short, it still works,” Pentagon spokeswoman Lt Col Valerie Henderson told the AFP news agency.

Just to put it into context, the eight-inch disks America’s nuclear gatekeepers are using have 237.25KB of memory, which is roughly enough to store 15 seconds of audio. Which to be fair, is plenty of time to enjoy this to the full.

But if you wanted to compare it to an inexpensive 32GB memory card, you would need more than 130,000 disks to contain the same amount of storage. Fun fact, if you stacked the disks one on top of another, they would be more than 200 meters tall!

Thankfully, the Department of Defense is slowly updating their systems. “The floppy drives are scheduled to be replaced with secure digital devices by the end of 2017,” said Henderson.

The report said that the Pentagon was planning to fully replace the system by the end of 2020. But, there are legacy pieces of IT hanging around all over America’s extensive government machine.

At the Department of the Treasury, the Individual Master File, which contains the bulk of the data on individual taxpayers and tax assessment was built to run on a programming language that only works on really old IBM mainframes.

So you might not want to throw away those old FORTRAN programming books just yet if you’re thinking about a job in IT for the US government.

THE U.S. IS RUNNING PART OF ITS NUCLEAR FORCES ON 8-INCH FLOPPY DRIVES on Newsweek

Read next: Uber now uses Foursquare data because it doesn't know where you're going