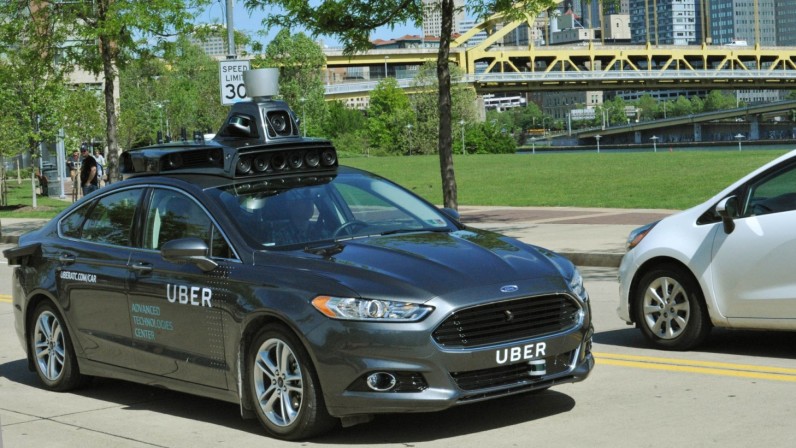 We’ve heard a lot about Uber’s plans to create its own self-driving vehicle, but we’ve always been curious to see what it would look like. Today, Uber gave us a glimpse of its current self-driving car.

Announced in a blog post, the car is essentially a Ford Fusion equipped with laser scanners, radar, and high resolution cameras to photograph all the places it’ll go.The sensors are all aligned almost like speakers (or missiles) – unlike Google’s street view car with a 360-degree globe-like camera up top.

Uber says it will be driving in Pittsburgh to collect mapping data and test its self-driving mode. A human driver will be sitting in the car to prevent accidents should the car steer in the wrong path.

The test is still in its early days so it will be a while until a self-driving Uber arrives to take you to your destinations, but expect to see the car show up in other cities soon as Uber grows its efforts.

Read next: Become a master of efficiency with our Six Sigma Green and Black Belt training programme