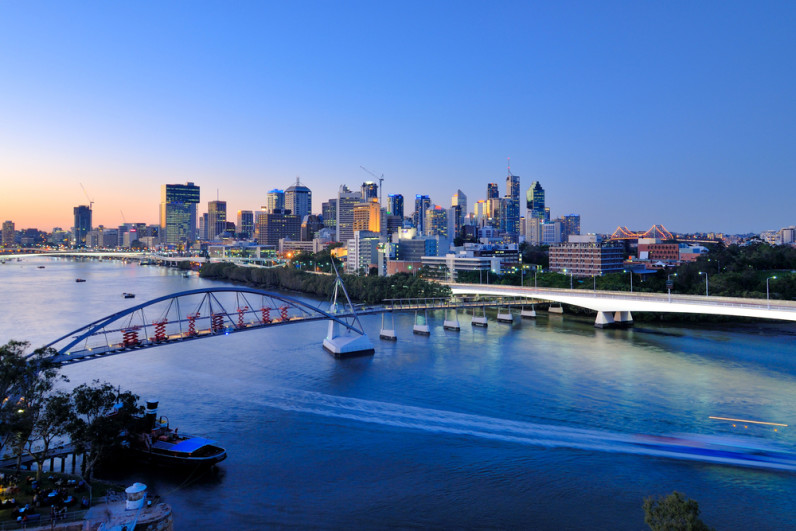 But there are always shared experiences. Processes, tactics, and habits that shape the experience of the fledgling startup. In this series, Tales from the Trenches of Tech, we talk to founders to hear their perspectives on what the key element was to their successful strategies.

This week, we talked with Jari Kemppinen and Vicky Kodaglou, co-founders of

Education Curb. Their Brisbane-based startup focuses on the gamification of education for students years one to six.

Combining Jari’s programming skills, Vicky’s 20-plus years of experience in teaching and their combined passion for children’s education they set out to pierce through the saturated EdTech market. And they did!

Today’s education is, Vicky states, “worlds apart from the traditional chalk and talk set up” and children are disengaged with educational material. EdTech, they believe, can foster kids’ concentration on games by turning those into teaching platforms. They’re not the only ones: A 2013 poll in the US concluded that 96 percent of teachers think EdTech increases student engagement in learning.

We discussed EdTech’s evolution, its potential impact on education and the Australian government’s recent change in attitude towards startups.

Tell us about yourselves.

Jari: I’ve been a programmer for the past 20 years. Vicky and I met a few years back working for a literacy programs startup. I went on to work for a large gambling company as a senior developer but quickly discovered how insidious and horrible the gambling industry is.

When I left, I approached Vicky and told her I saw a hole in the EdTech market. Generally, EdTech apps are terrible educationally and I thought we could really do something together.

Vicky: I’ve had 22 years experience in education. I believe we’ve disconnected with 21st century learners and we’re desperately trying to get them to reach their full potential.

All four of us, the founders of Education Curb, are strong advocates for education and love innovation. We think that by pulling our passion and resources together we can make a real difference.

What’s your vision with Education Curb?

V: We started Education Curb a year ago and quickly realized that the age of releasing an app – especially educational apps – and it going gangbusters, had sailed. The market was saturated with apps of different descriptions. In terms of evolution, we’ve seen a distinct change.

Initially, tech savvy programmers created educational apps that didn’t translate well with the students or teachers because they were pitching to the wrong age groups or the content wasn’t curriculum-aligned. The second wave, which we’re a part of, merges two worlds: the finesse and savvy of digital game development backed up by academic rigor.

J: We noticed that a lot of schools were requesting automated systems for the teaching process so we built an adaptative platform. That’s where we stand out: we run pre-tests and post-tests so that children have automatically generated learning modules that track their progress and are adapted to their skill sets.

Can EdTech influence how much children learn?

J: Absolutely! Games are the biggest thing that kids are engaged with. So why not push educational content into those?

V: We’re all about the gamification of education and merging those two worlds together in a very exciting way that’s going to engage digital natives and reignite their passion for education.

From an educator’s perspective, our platform delivers performance data and analytics in real time so that they will be able to track a student, class, school or district.

What has been your biggest support so far?

J: We’ve actually passed due diligence with Capital Pitch here in Australia that’s running our fundraising for us. We’ve got our first pledge come in already and we’re going to start our first engagement with investors this month.

I’d love to get your insights on the Australian tech scene.

J: It’s interesting actually because the Australian ex-Prime Minister, who was dead against startups, was ousted. Our new Prime Minister, Malcolm Turnbull, is pro-startup and has started allocating a lot of government grants towards startups.

So the government is a lot more willing to help startups who have a minimum amount of funding. There’s also a 30% tax break for investors who invest in startups.

So will you stay based in Australia?

V: Typically, there’s tremendous innovation that comes out of Australia but because startups have not always had financial support, a lot of them go to the US and Europe.

We’re hoping that that’s changing and if the conditions allow us, it would be wonderful to stay here. But we’re open to the possibility of having to relocate to the US or elsewhere if need be.

Last but not least, what were your favorite subjects in school?

J: Woodwork because I liked building stuff. I guess that’s why I became a programmer!