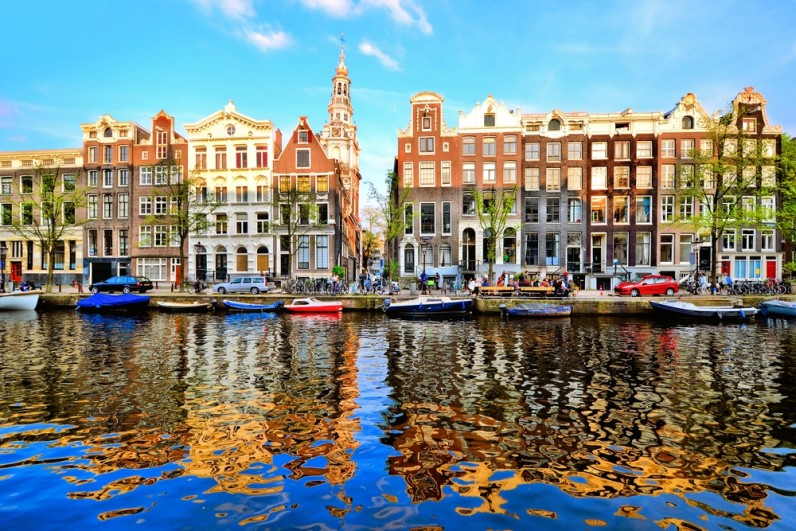 But there are always shared experiences. Processes, tactics, and habits that shape the experience of the fledgling startup. In this series, Tales from the Trenches of Tech, we talk to founders to hear their perspectives on the key element to their successful strategies.

This week we talked to Martijn Frusch of Cocoon, based in Amsterdam. It’s an app with a Tinder-like user interface to help you find meaningful new roles at fast-growing companies.

Job offers are presented to you and all you have to do is tap the green check if you’re interested, the red cross if you’re not. On the other side, companies are doing the same thing with you. Once there’s a match – you can have a conversation, learn more about the vacancy, or arrange a coffee meeting. Check out, beyond a glance, whether both parties fit each other.

We talked to Martijn about Cocoon’s mission of helping people find jobs they’ll love and his thoughts on startups hiring millennials.

Tell us about yourself – how did you get into the startup scene?

I have a background in logistics and started my career in the corporate world. I did that for four years before I quit my job.

So I pitched this ‘Tinder for jobs’ idea to a friend I’d met in a bike race five years ago, Vincent. Luckily, he was enthusiastic about it!

We got some people together and built a really ugly prototype. It was a start though! And we applied and were accepted to the Rockstart accelerator. Once that happened, things became a lot easier.

What’s your vision for Cocoon?

We want to help people get a job that they feel is the best they can do. If people have a job they love, then suddenly it doesn’t feel like real work anymore and they perform better. That’s something we want to help with.

What’s its market? Is it aimed specifically at startups?

Yes, definitely. We talked a lot about different industries and markets but we felt the corporate world is not quite ready.

Some larger banks approached us and we gave it a shot but they just didn’t get any clicks or matches. It told us that our users are looking for opportunities in a specific industry and aren’t interested in corporate jobs.

How many clicks have you measured?

When we started last September, we were making around five matches a week. Today, the number is around 80 matches. On average, one match appears after approximately 60 clicks.

The hard part of the platform is that it’s not transparent. You don’t know if the other person is interested in you until you swipe right to indicate you’re interested in them too. This is our way to protect our candidates and make the market more equal because both parties need to be engaged.

How are you approaching companies and candidates who remain somewhat conservative in the recruitment process?

Even the founders of smaller startups who are just getting started are approaching recruitment traditionally. They’re trying to attract millennials in places that millennials don’t go.

In the startup world, this is an opportunity for us. What are the rules for the new generation who are coming into the workforce? We have to adapt. A lot of companies have a lot of cool jobs but they’re not active, or they’re using the wrong channels of advertising.

Unless your company is popular and doing well in employability, if you want to hire the best people, you can’t just wait for people to come and pass by your page.

Have you received any negative feedback?

We got some negative comments from people last year who told us: “You guys are just approaching recruitment as dating with your Tinder for jobs app.”

In a way, it is. It should be. It shouldn’t be shallow, but if one of the two people are not feeling, so to say, in love with each other, it’s not working out. There needs to be chemistry.

Startups are a really intense environment where you all depend on each other. You better get along!

Right! It goes back to what I said earlier. We want to help people get a job that they really like. Both the candidate and company need to get a feel for each other, otherwise it’s just not increasing the chemistry of the team.

Do you think the startup culture will spill over into corporate culture?

Recruiters for corporations are used to getting an enormous number of CVs. These people could be good fits but their résumé just don’t get seen. I think it will become more harder for these corporations to get the very best people out of universities. Something will need to change.

What do you like most about the Amsterdam tech scene?

The fact that it attracts people from all over the world. Even with low salaries, companies here are able to compete with tech hubs like London.

Is there anything you’d change?

I’d like to see more collaboration in recruitment between companies like Booking.com and Uber in the Netherlands. They have international candidates applying for jobs but they are not being hired for various reasons. That doesn’t mean they wouldn’t be good candidates for other companies here.

It’s not about a big talent pool because that sounds like a numbers game. Smaller companies should be able to benefit from the existence of bigger companies.

Do you have a crazy hiring story yourself?

In my corporate career, I interviewed for a job that I really, really wanted. When I got there, the manager was drinking champagne – he’d just won a certain prize or something. After ten minutes, I realized that it wasn’t his first glass, or his second, it was at least his fourth or fifth.

Did you get hired?

Read next: Why machine-learning will enhance, not replace, human creativity