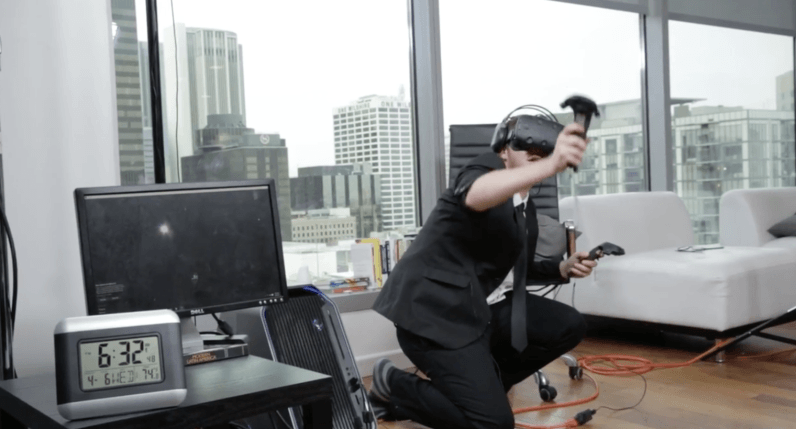 Proving not all heroes wear capes, Derek Westerman swapped reality for virtual reality as he donned a HTC Vive and painted in VR for 25 hours.

“While many people, especially gamers, have spent a lot of time in Virtual Reality, it seemed important to set an official Guinness record with our current ‘excited-about-VR’ climate, so we essentially had an official benchmark to beat.”

Guinness was game to get the record on the books, but it had a few stipulations and one of them was that the record had be attempted with a single game. According to Westerman, he chose a ‘Tilt Brush,’ a virtual painting experience that allows you to create pretty much anything out of a complete void.

“I wanted to pick something that gave me the most freedom. And painting in 3D space for 25 hours seemed like the best bet.”

In case you’re wondering about human needs that may arise in the course of a 25 hour span, Westerman ate, drank and even urinated in a bucket while sporting the Vive headset; he later threw up in the same bucket at around the 17 hour mark.

It’s actually surprising he made it that long without throwing up, as VR makes a fair number of people nauseous almost immediately. Even one of our own only managed a few minutes of Minecraft VR before reporting severe nausea.

25 hours playing a game that’s basically a dark empty room (until you start creating) sounds like Guantanamo-level torture. But, Westerman persevered and because of this heroic feat, he now holds a Guinness World Record.

via Road to VR

Read next: Periscope is beta testing a feature that may let you save streams forever