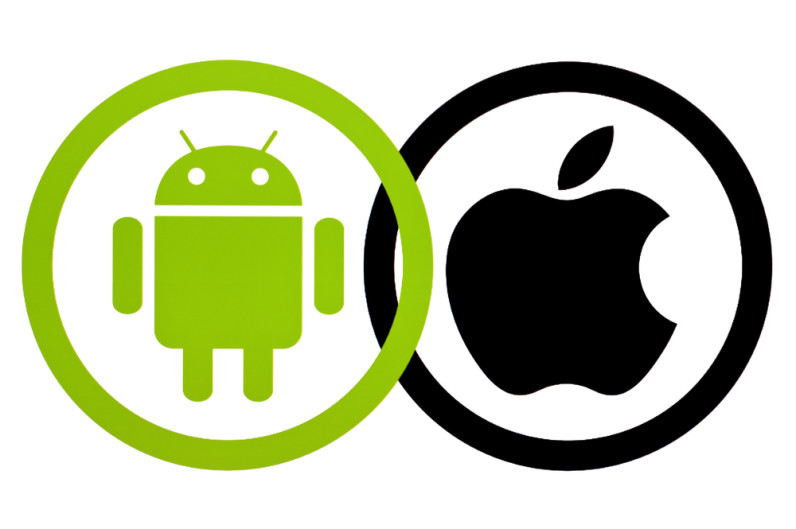 There’s a war being waged in mobile. A war to control the final lucrative frontier that will shape how mobile is monetized. The battle is for mobile search, and its outcome is uncertain.

Today, mobile search is a wild landscape of competing and contradictory technologies, unfulfilled promises, and 800 pound gorillas strategically positioning themselves without any centralized regulation or governance.

It should be no surprise that the war for search has gone mobile as people spend more and more time on their phones.

Apple controls the value in search

Clearly, the future of search exists on a mobile device. However, mobile is not a singular platform. It is divided between two giants: Google’s Android OS and Apple’s iOS.

It’s across this divide that the battle line is drawn. Android clearly dominates in global user base, with about four times the number of installed devices compared with iOS: Android has nearly two billion smartphones in circulation while iOS has roughly 450 million. But this is not the end of the story as not all users are worth the same amount.

Reportedly 75 percent of Google’s mobile search revenue comes from iOS. Given that Android has four times the user base of iOS, we can calculate that an iOS user is worth 10 times more than an Android user when it comes to advertising spend.

Google’s attempts to draw more valuable users to Android have sputtered so far. If Google were to lose the ability to advertise to Apple’s users through their search offering, they would lose their most valuable mobile revenue source.

Google realized this and paid to own the most important search bar in the iOS ecosystem: the Safari default search.

According to leaked documents in the Oracle vs Google case, this was worth $1B to Google in 2014 alone. Google currently contracts to provide mobile search services to Apple. Ultimately, Apple retains control, whether through opt-out clauses or annual renewal negotiations.

Apple’s decision to own search

Apple has a history of copying successful business models on its own platform. They use the App Store as a petri dish that allows them to observe the businesses and models that work.

When they see a successful app product, they will roll out a feature (usually in an iOS update), to incorporate the feature into the broader iOS platform.

Apple has repeated this pattern over and over again since first launching iOS:

In iOS 9, Apple formally announced that they are moving full steam ahead into both web and app search.

The scope of their search product offerings is limited entirely to Spotlight Search at the moment, and even more narrowly limited to app entity search – specific content within mobile apps already on your phone.

However, there are clues that indicate the scope of Apple’s search roadmap.

Their developer documents describe how to mark up a website for Applebot, and reference a future ‘Cloud Search’ through public indexing, where Apple will maintain a central index of web and app content for search.

It’s very clear that Apple is building their own search engine of web and app content to power Spotlight. Once this is done, there’s not much stopping them from moving this functionality directly into Safari and taking control of the primary search input in iOS. It would be naive for Google to assume otherwise.

Update from the front lines

As we’re very close to this space, building integrations into mobile search providers to attract apps to the Branch platform, we’ve been watching these dynamics play out for a while. In the last six months, we’ve seen a burst of competitive activity between Apple and Google around search, specifically app search. It’s been amazing to observe.

It all started with Apple’s launch of iOS 9 beta at WWDC where they unveiled their search plans. This clearly woke Google from a comfortable slumber, as a flurry of activity soon followed in Mountain View around mobile search, interstitials, app indexing and app streaming. In the chart below, you can see the uptick in Google’s marketing activity after Apple made the WWDC announcement.

As soon as Apple signaled their move into search, Google doubled down on its investment in its mobile search product.

In addition to reorganizing the corporation in part so that the strength of this core search business could be readily apparently to investors, Google also launched a bevy of mobile search-related products:

In order for Google to compete against iOS, they need to be able to offer the same level of app and web indexing as Apple can. Unfortunately, Apple has the clear advantage in the app indexing case since they control the more valuable OS and core app framework.

This means that Google will need to do substantially more work to ensure that app data is indexed and surfaced in a relevant way to maintain parity. They’re the underdog in this case.

What can we expect in the future

With so much at stake, both sides are constantly trying to outmaneuver each other. Whatever long-term roadmap Apple and Google may have planned will play second fiddle to the guerrilla tactics they’ll need to win the space.

For developers, this means constant feature releases, unannounced launches, and relentlessly changing requirements. As a consequence, businesses trying to use search to drive mobile adoption are left to deal with the fallout.

Special thanks to Adena Hefets for her contribution to this article.