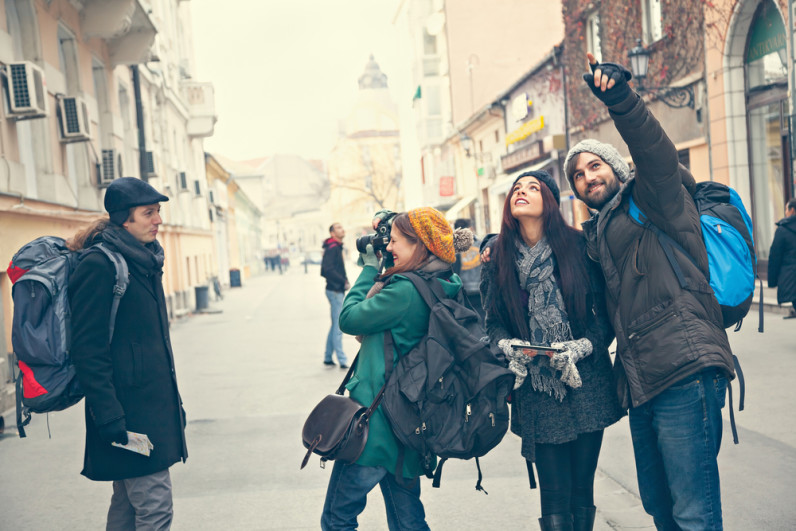 But there are always shared experiences. Processes, tactics, and habits that shape the experience of the fledgling startup. In this series, Tales from the Trenches of Tech, we talk to founders to hear their perspectives on what the key element was to their successful strategies.

We talked with Mia Grosen of Comundu, based in Copenhagen, a service that connects hostels with their guests to update them on activities and social events.

Political Science graduate Mia has always been enamored with travel and backpacking. After being told there were no study abroad opportunities at her university, she made her own exchange programme.

She packed her reading list and left for Istanbul where she worked at a hostel. It was there where the idea for Comundu emerged. “Hostels are social hubs,” Grosen told us, but she was sad that travelers were not interacting as much as they’d like because they were shy or they just didn’t know what was happening.

Mia saw a gap in the travel market and founded Comundu after convincing her brother to join her in her venture. Unlike other travel platforms that focus on building one big network of travelers, Comundu focuses on smaller, localized networks – around the particular hostel. Once a guest connects to the Wi-Fi network, Comundu is in action – letting them know what’s happening and who’s around during their stay.

We talked to Mia about being the least-likely-person-to-own-a-tech-company and Comundu’s journey of upgrading hostels through product reiteration, a constant feedback loop, and the mission of helping backpackers connect with each other.

Hi Mia, so tell us about yourself.

I’m 26 years old and grew up in the countryside of Denmark. In high school, I backpacked through South America for six months. Since then, I’ve always been passionate about this way of traveling. I want to be trekking through the African continent with my husband when I’m grey-haired and in my 60s. I can’t wait.

What’s the story behind Comundu?

I was working at a hostel in Istanbul where my team was in charge of letting backpackers know about social activities. We only had a blackboard at reception to work with though.

It was a real challenge because we didn’t have guests on Facebook or their phone numbers. On top of that, guests never checked the blackboard because they were continually staring at their phones.

I got hit by this huge need to change this because it’s not what hostels are about. I thought of a platform that took advantage of the guests’ use of their smartphones to show hostel activities, and led guests to let go off their devices and reach out to each other.

How did you get started?

I got my brother, Lasse, on board. He came down to Istanbul and we took the whole first step together – we brainstormed and made the presentation.

After that, we went to Berlin and Dublin to speak to a few hostels – we didn’t have any product at that stage. We asked them if it would work in their hostel and how much they would pay for it. Just having that knowledge – just speaking to 12 hostel owners – it gave us a huge benefit when talking to possible investors and partners.

In 2014, I ended up in Bangkok testing a very simple version of what we wanted to do. I talked to a lot of backpackers and a lot of hostel owners.

There’s this quote I really like: “If you are not embarrassed by the first version of your product, you’ve launched too late.” It’s very true. I was so embarrassed about the product we were showing to people back then. It was terrible; it was not pretty. But it got the job done in getting the feedback.

We got our first private investor back then. It became serious pretty quickly!

So were you into tech before you started with Comundu?

It’s really important for me to get that message out there, especially to other women – if you have a great idea, you need to surround yourself with, and sell your idea to, the right people.

What are your expansion plans for Comundu?

Australia would be amazing because of its huge backpacker culture. Likewise, South America is the fastest growing hostel market at the moment.

What has been Comundu’s biggest challenge so far?

The hostel market. Backpackers are connected but hostels have not followed suit. That means we’re trying to digitize an analog market. You know, we’re trying to convince over 1,200 hostels in Europe to change the way they do things. It will take time.

The market of connecting travelers together is huge – how does Comundu stand out?

One thing that differentiates us is the fact we only target travelers through the hostels they are staying at. That means, instead of one big social travel network, we create a lot of small ones.

We integrate with the hostel’s Wi-Fi so that as soon as the guest logs on, they’re able to see the hostel’s activities, the staff’s best recommendations, and most importantly, they can see who else is staying at the hostel and chat to other guests — if they’ve also indicated they want to be “seen” in the app.

Finally, as soon as the traveler has downloaded our app, it can be used with all hostels using Comundu, opening up the option for hostels to refer guests to each other.

Last year, I went to Ethiopia with my best friend. We traveled up to North Eritrea and visited some archaeological digs where the oldest human remains were discovered. There were no tourists – I had goosebumps!

Read next: This week in patents: An army of drones, heartbroken spaceships, and more