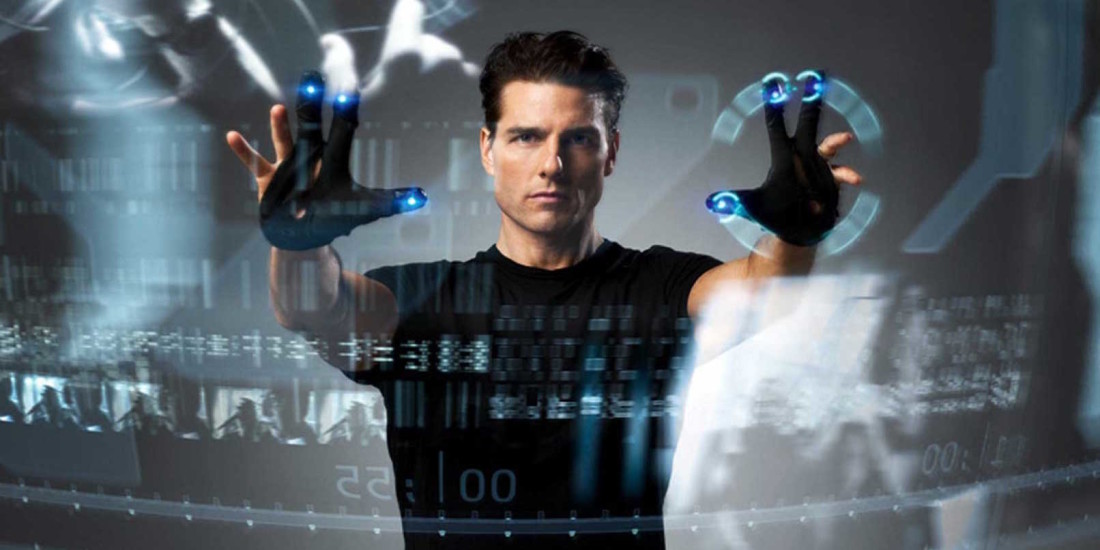 You’d be hard-pressed to find someone who wasn’t convinced that Tom Cruise’s performance forecasted our future – his movements engaging with holographic screens as if conducting an orchestra. The data seemed completely responsive to his gestures, as if it was an extension of his body. It was the definition of intuitive.

Underkoffler’s reputation as a technology visionary scored him his next Hollywood stint a few years later, namely for the Iron Man movies. As Robert Downey Jr., who plays protagonist Tony Stark, explained to Fortune magazine:

“I was looking to Under­koffler for straight technology [advice]. […] If Tony had designed his own software and his own programs and the machinery to operate them, what sort of language would he design to be able to ma­nipulate his environment? And over the course of all these mov­ies, that’s been as much a part of Tony’s character as anything else.”

As the founder and CEO of Oblong Industries, John is using the expertise that recently won him a National Design Award to remodel the way we interact with meeting spaces in the digital age. The so-called Mezzanine is an interactive computer similar to the one seen in Minority Report, which seamlessly combines hand gestures and space to offer an intuitive, immersive experience.

We have a feeling it’ll not only revolutionise the way meetings are held, but ultimately the way we engage with technology.

Of course, Underkoffler agrees. As he told Creative Social,

“To imagine that an environment like [the Mezzanine] would only be available in the workplace makes me want to weep. If you work all day in this environment — you’re throwing ideas around and bringing up applications and data sources and connecting together with people you’re working with or playing with across big distances — and then you have to go home to your extremely stupid display device, that’s really frustrating.

Read next: This game lets you drop Drake off the CN Tower – repeatedly