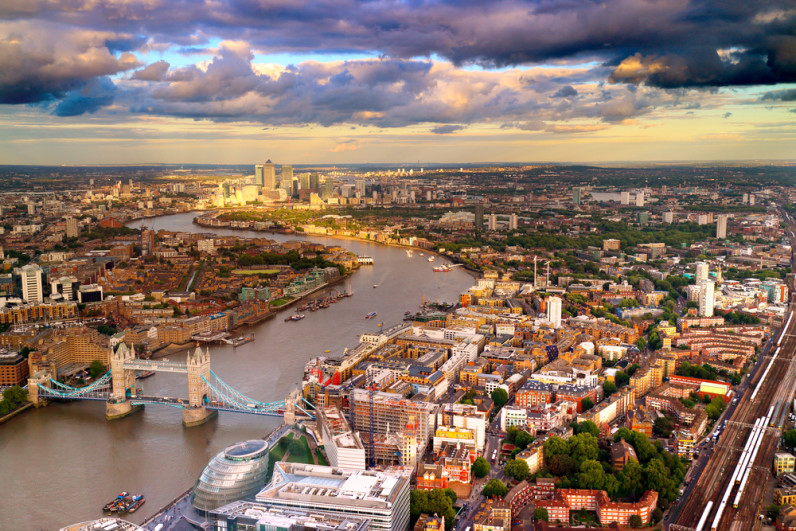 But there are always shared experiences. Processes, tactics, and habits that shape the experience of the fledgling startup. In this series, Tales from the Trenches of Tech, we talk to founders to hear their perspectives on the key element to their successful strategies.

This week, we talked with Rich Pleeth of Sup (London), a social discovery platform that notifies you when friends are nearby so you can make “serendipitous moments happen” without the creep factor.

Last March, he decided to quit his day job to work on Sup. Deviceless and a little lost and confused on his first day of unemployment, he went to the Apple store to buy a phone and a laptop. He spent a few hours building Sup’s pitch deck and from there, he says: “It was all about networking.”

Last July, Sup closed over half a million dollars in funding. How did Rich make this happen? He attended countless startup and entrepreneur events with the purpose of getting his and Sup’s name out there to talk to investors.

We talked to Rich about the importance of networking and persistence when it comes to getting your startup off the ground. In the spirit of the app itself, he feels you have to make moments of opportunity happen.

Hi Rich, so tell us about yourself and the technology sector – how did you get into it?

I started my career at L’Oreal on a graduate scheme and launched one of their first digital campaigns. After that, I joined Google and worked on Think Quarterly, pushed Chrome out in the UK, and was responsible for the Google Doodles which was very cool. After Google, I joined Gett as Global Chief Marketing Officer, relaunching the brand in London, Moscow, St Petersburg, and New York.

How did you come up with Sup?

While I worked for Gett, I took a total of 74 flights. I would check-in on Facebook to have a drink with any friends who might be there, but they would message me an hour or two days late.

I wanted to come up with a safe way for people to check if their friends are around without actually tracking them. Stalking people is fun but being stalked is not so fun! That’s how my team and I came up with Sup. It allows you to connect with friends nearby without the creep factor.

How did you get Sup out there?

It was all about networking. The more people you meet, the more people will introduce you to other people. I was going to every single startup event I could possibly go to and using all my contacts to meet investors. Everyday, I was out there marketing.

I was always at a breakfast or lunch meeting with meetings in between. In the evenings, I’d always be at a speaking event or a networking dinner afterwards. It was so important I did that because I met so many people.

Some of these events are useless and you do not meet interesting people, but some are great. I presented to the co-founders of JamJar, an investment fund, and they committed immediately, for example. So we raised our money and we closed our round in July.

What advice do you have about breaking into the London tech scene?

While the tech scene is growing, it remains all about being well-networked and talking to high-net-worth individuals to ensure funding. When you’re raising money, it becomes a full-time job so I spent a lot of my days talking to investors and hanging out in five-star hotel bars.

The press isn’t always willing to write about startups because they don’t think people will be interested but we’ve seen that change slightly over the past few months.

Is there anything about the scene you’d like to improve?

There’s a lot! It would be much better if there were more funds willing to take more risks. I’d also love to see more investments in high-growth startups that aren’t returning any investment just yet.

Investors in London want very fast returns on their money with startups making revenues quickly. Obviously, in our case, we’re not making any revenues because we’re growing the brand and getting people to use the app.

What challenges did you face when you first launched?

One of the big challenges when we launched was time. Our product had a huge amount of bugs but our investors wanted us to launch. More time would have always been good, but time is unfortunately not in huge supply!

Someone once told me that I should just “get a job because this wasn’t going to work out.” Another time, I got an email that I was accidentally CCed into saying we “should give up on the idea now.” You’re going to get harsh feedback and an hour later, you’ve got to go into another meeting and sell your idea.

What’s the biggest indicator that you’re doing the right thing?

The rate at which we’re growing is a really good indicator. We do a lot of focus groups with open-ended questions to get feedback from our users. You always need to be questioning yourself and you need to be very committed about what you’re doing to ensure you’re moving in the right direction.

Which three things would you take with you on a desert island?

I would take someone to keep me company, a lighter, and a knife.

Read next: Acer's new Chromebook has a military-grade body to withstand 4-foot drops