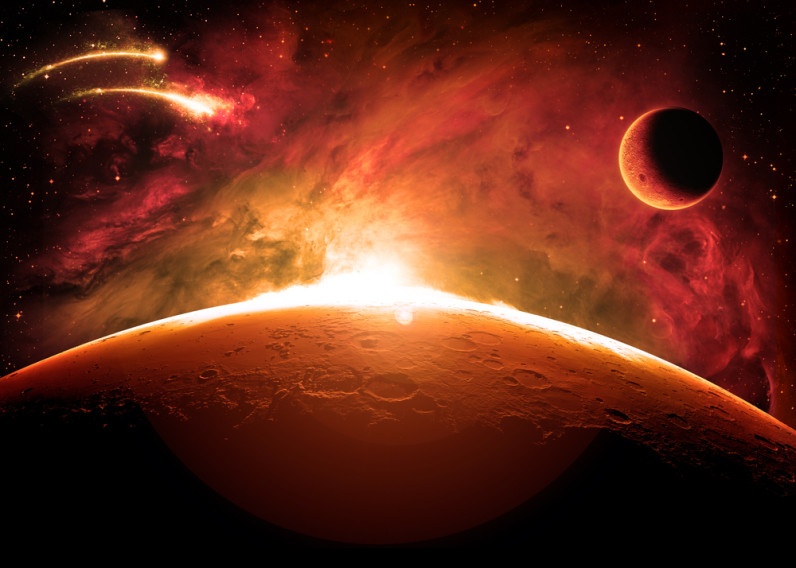 Earlier this year NASA was urged by Congress to step it up and have a prototype in place by 2018 for a deep space habitat that will bring humans to Mars and back again.

Well, with that deadline quickly approaching, NASA is reaching out to the public for some help. The space agency has released a call for submissions from anyone who thinks they have the chops to create the habitats.

The winning concepts will be used by NASA’s Orion crew to perform long space exploration journeys. As it is, the Orion spacecraft is certainly roomier than what the Apollo astronauts had, but it can still only keep the four-person crew alive in space for weeks at a time.

The new deep space habitat will be used by the Orion crew on their missions to orbit the moon. These will first last a few months and build up to a yearlong trip planned for 2020s before the long journey to Mars in the 2030s.

Plans should take into consideration that the habitat needs adequate living space for the crew, as well as propulsion and airlocks to support spacewalks, and should be reliable enough to be launched on more than one type of rocket. Hopefuls can also pitch to have their designs tested on the International Space Station as well.

Sound like something you’re up for? NASA is accepting notices of intent until May 13 from anyone in the US who thinks they’ve got the killer idea. There is an open industry forum on April 25 so any questions you have can be answered there, and official proposals will then be due no later than June 15.

Hopeful applicants have some stiff competition though since NASA has already awarded initial contracts to Boeing, Orbital ATK, Lockheed Martin and Bigelow Aerospace.

NASA will be awarding the winning contracts in August and funding will be in the range of $65 million. So, if you’ve always fancied living on Mars and think you’ve got the design skills, now’s your chance.

The initiative is part of NASA’s Next Space Technologies for Explorations Partnerships-2 (NextSTEP-2) and is focused on taking human space travel and habitation beyond low-earth orbit and into deep space. By making the project a public-private partnership, NASA says it’s able to pool the best resources to get its project off the ground.

Read next: Sega wants you to modify its beloved 16-bit Genesis games