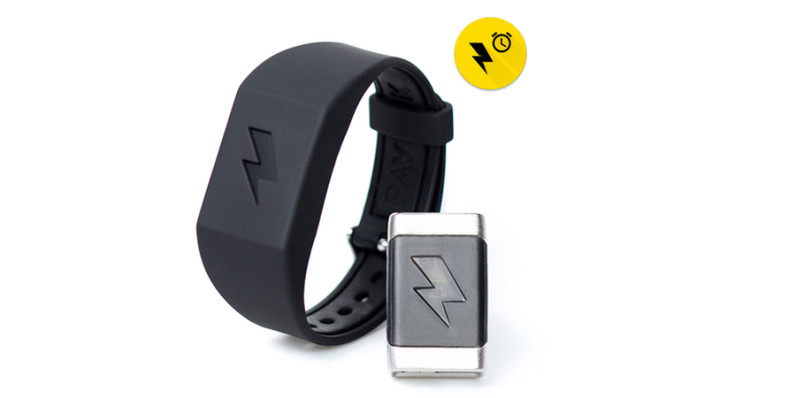 At this point in life, you’ve probably figured out that you’re in one of two camps where mornings are concerned:

Don’t try to convince us there’s a third option, there isn’t.

If you happen to be the latter type, ‘Shock Clock‘ might just cure what ails you — through a healthy dose of electrical current.

Just set the alarm on the app before bed, and in the morning the wearable band will wake you in one of three — or a combination of the three — ways: vibration, beeping or a powerful zap. The team behind the product refers to it as both “powerful” and “gentle” on the sales page, so take from that what you will.

The aim isn’t to shock you, although if you’re into that it’s sort of a pleasant bonus. Instead, the Shock Clock wants to change your behavior by reprogramming your brain through aversion therapy — a fancy way of saying it wants to shock the unwanted behavior out of you. Put simply, when met with negative stimuli for a specific behavior, you’re less likely to do it again.

If all this sounds familiar, it should. Pavlok, the company behind Shock Clock, created a similar product two years ago that caused a fair bit of buzz (no pun intended) for attempting to use electricity as a negative reinforcement method to cure bad behaviors, like stuffing your face with Twinkies.

If you can’t seem to get out of bed in the morning, you can grab your Shock Clock at Indiegogo with an early bird price of $79. For those that hit snooze on the deal, it’ll retail for $99 later this year.