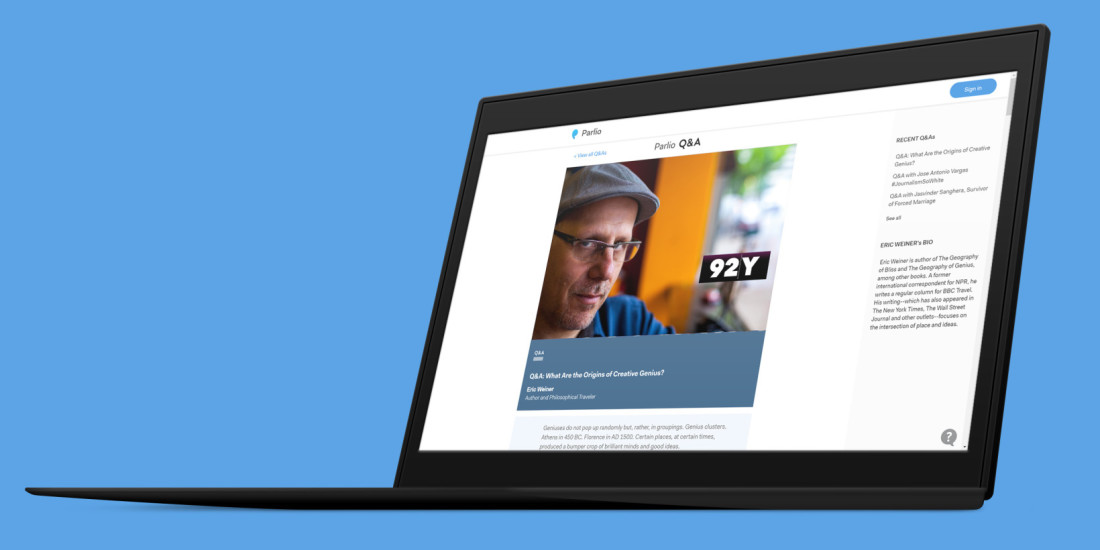 Cairo-born Wael Ghonim is best known for kickstarting the Arab Spring in Egypt with a prominent Facebook page, for which he was secretly jailed for 11 days. In the days since those horrors, the ex-Googler and TED speaker co-founded Parlio, a startup to encourage meaningful discussions on issues concerning the world at large.

Today, Q&A site Quora has acquired it for an undisclosed sum. The company will absorb Parlio’s operations and bring its content to more than 100 million monthly users.

While Quora’s aim is to help people find definitive answers to their questions on just about every topic under the sun, its first-ever acquisition has been focused on having users discuss issues and argue every angle.

It’ll be interesting to see how Quora grows its service from here on out. It recently launched Writing Sessions, a feature that mimics Reddit’s Ask Me Anything events with celebrities and prominent figures from various fields. With the Parlio founding team on board, it could be looking at developing new discussion formats to engage its audience.

Parlio says that some of its content will be republished on Quora over the next month. Its site will stay online, but you won’t be able to add posts to it from today. If you’d like to download, edit, or remove any of your published content from Parlio, you can do so over the next 30 days.

Why did Parlio team decide to join forces with Quora? on Quora

Read next: Take a tour of The Beatles' favorite music studio in VR