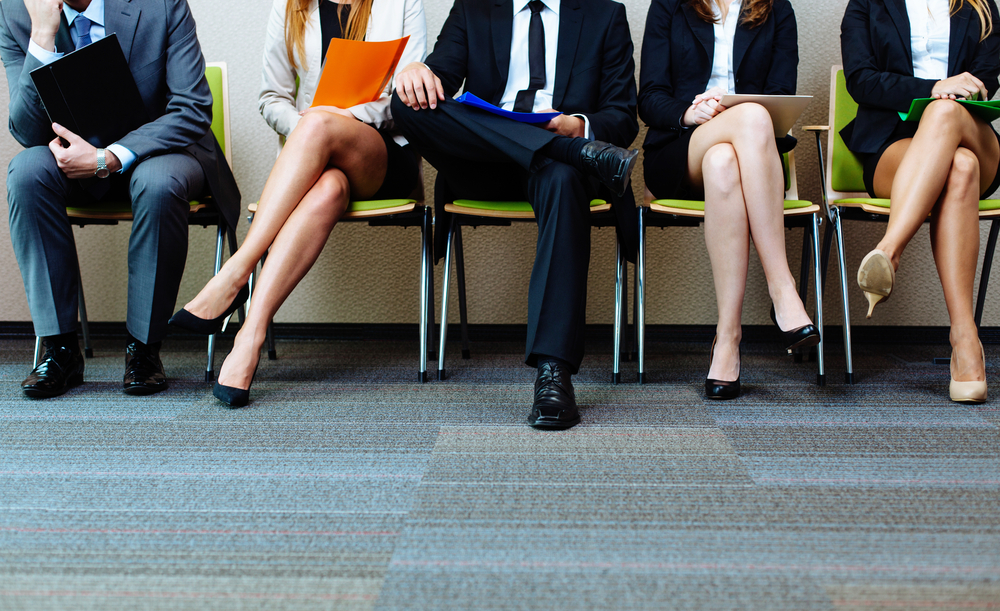 As I sit down to do some work at my neighborhood coffee shop, I overhear an awkward introduction between two people at a table behind me. It’s a job interview.

I take a sip of my americano misto and only put in one of my headphones. This is a ride that I want to come along for. It’s not every day that you get to be a fly on the wall for a situation that triggers feelings of  both optimism and disgust for all who participate.

Unfortunately, the interviewer – let’s call him Bill Lumbergh – conducted a train-wreck of an interview and reaffirmed how stupid the process can be.

I don’t mean to pick on poor Mr. Lumbergh, because this isn’t the first time that I’ve witnessed a terrible coffee shop interview. But, I figured he could teach all of us what not to ask during a job interview.

Here’s five of Bill’s interview questions that made me cringe:

“Can you tell me about yourself?”

What should Bill expect from a broad question like this?

“Well, I have a cat named Captain Fluffypants, I enjoy stalking my high school classmates online and I often forget to brush my teeth in the morning.”

The question is a bad one because it’s totally unfocused and designed to put someone on the spot and test them. The candidate is likely to provide a recited and regurgitated answer that they read on a website.

A better question to ask is “Can you give me the highlights of your working life so far?” or “What interests you about this job?”

If Bill really wanted to get to know the candidate on a personal and honest level, he should also be honest with his questions. If he just wants to put them on the spot and perform, why not ask them to rub their belly and pat their head while counting backwards?

“What are your biggest weaknesses?”

Look, Bill. This is going to go one of two ways:

Either way, these answers aren’t going to help Bill pick the best person for the job.

If the goal is to see how honest and self aware someone is, ask them to walk you through a specific project of their’s, and to talk about what they might do differently today, what went well, and what didn’t.

Nobody should ever make a hiring decision based on lack of weakness, either. Hire for strengths.

“Where do you see yourself in five years?”

On the surface, this might seem like a sensical question. After all, Bill probably wants someone who has a life plan and is motivated.

But, really, who could know where they’re likely to be in five years? Even if the candidate did know, would Bill like to hear an answer such as “I plan to work here for one or two years then work as a consultant”? That’s why this question usually provides a disingenuous answer.

Unless Mr. Lumbergh is hiring a VP of Divination, or enjoys being served up a dishonesty sandwich, this is a stupid and old-fashioned question.

Instead, Bill should have gotten to the point and asked questions that got the candidate to talk about what sort of work excites them and what professional skills they’d love to learn.

“Why should I pick you over the other candidates?”

This one’s a doozy. Firstly, how the hell should the candidate know how they compare to others who applied for the job? Bill will meet the other candidates; the interviewee won’t.

Bill should cut it out with the indirect theatrics and learn more about the candidate’s skill set and how it applies to the job at hand.

“If you were an animal, which one would you be?”

Whoa, easy there Sigmund Freud. I didn’t realize this was a kindergarten psych evaluation. What’s next, “What’s your astrological sign?”

A job interview is supposed to be a conversation, between two adults. This isn’t the time for foolish questions, unless he was interviewing for a costumed mascot position.

No answer to this question is going to illuminate what a potential candidate will add to the team. Sorry Bill, this is a stupid and demeaning question.

Recruiting top quality talent for your team is hard. Don’t make it harder by asking questions that don’t clearly help identify whether someone has the skill set, experience and personal qualities that the job demands.