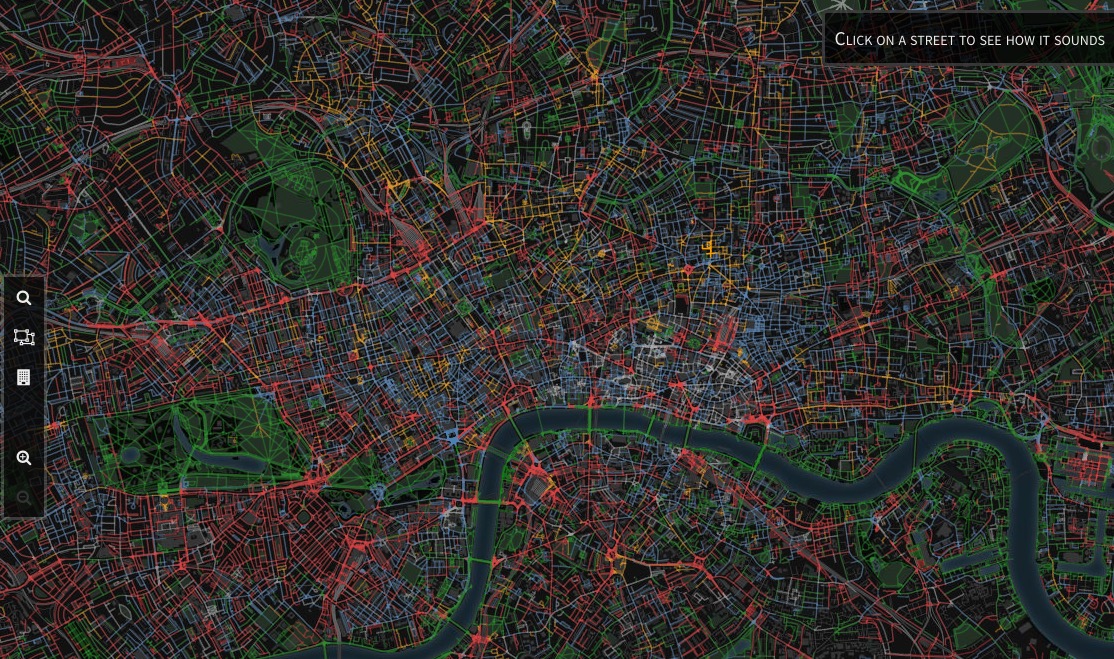 How does your city sound? That’s a question a group of researchers are trying to answer with a new project called Chatty Maps.

The site, which features aerial views of London, Barcelona, Madrid, New York and Boston mines Flickr for geo-located tags that feature words that can be associated with sounds.

The result is a street-by-street break down of how each place sounds. When we put in TNW London HQ, we found it was mostly human.

Busier areas like Oxford Street meanwhile were lit red with the sounds of transport chugging up one of the capital’s busiest streets.

We were also able to identify quieter areas that featured more sounds of nature than traffic/people.

So in essence, Chatty Maps becomes an awesome tool for finding a place to disappear on a hectic day.

Urban sound has a huge influence over how we perceive places. Yet, city planning is concerned mainly with noise, simply because annoying sounds come to the attention of city officials in the form of complaints, while general urban sounds cannot be easily captured at city scale. To capture both unpleasant and pleasant sounds, we propose a new methodology that relies on tagging information of georeferenced pictures.

The team, lead by Daniele Quercia, Luca Maria Aiello, Rossano Schifanella and Francesco Aletta are also exploring how these sounds relate to our perceptions of each area.

Somewhat inevitably they discovered human-related sounds (laughing and talking) appear to be linked with joy or surprise where as traffic and mechanical sounds were connected to feelings of anger or fear.

However, religious or household sounds such as a church organ or the sound of a toilet flushing evoked a wide range of emotions that included trust (the sound of an organ), sadness, joy and a mix of the three.

Who knew the sound of a toilet flushing could be so powerful?