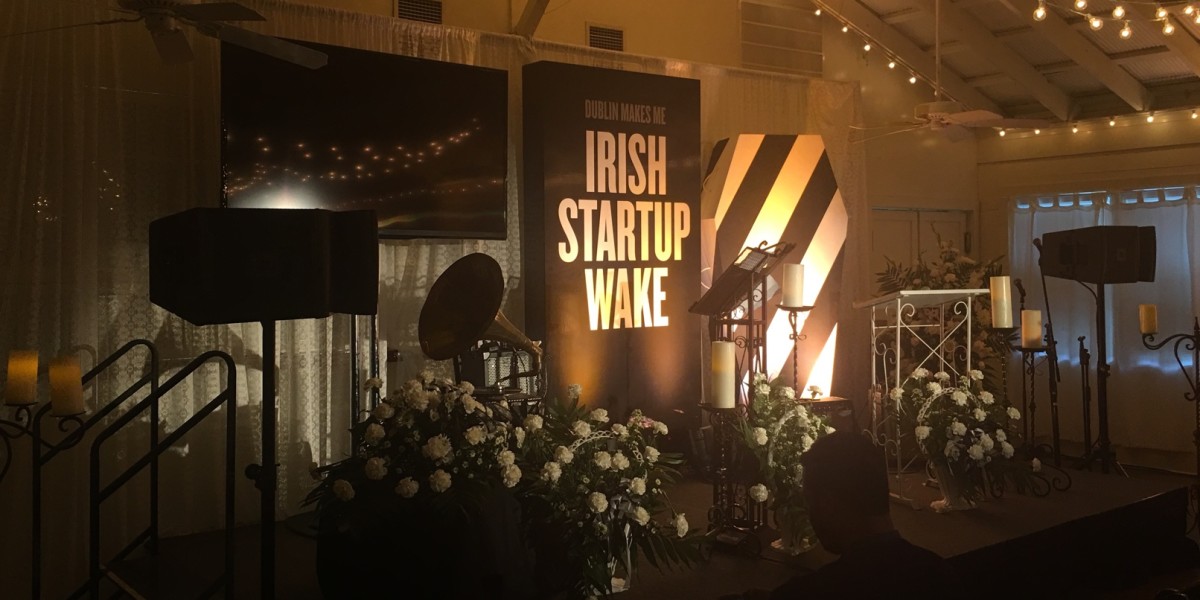 I don’t like to use words like ‘brilliant’ lightly, but seriously, the Irish Startup Wake at SXSW really was that.

Failure is something that has become fetishized in the startup world. At some point in the past few years ‘it’s okay to fail’ became ‘failure is cool.’ But there’s still a lot that can be learned from stories of how other people messed up or were just plain unlucky. Yesterday’s event handled the topic with style and humor.

Organized as a way of promoting the Irish capital’s ‘Dublin Makes Me’ campaign, ‘mourners’ included Matt Galligan, founder of the innovative, much-hyped but ultimately doomed news app Circa and Kiip CEO Brian Wong.

The first of the ‘mourners’ was Christina Wallace, who was fired as CEO of her ecommerce startup Quincy, despite owning 50 percent of the company and being and chair of the board. The reason? She wanted to shut the company down but her investors wanted to hold on a little longer so they could defer having to book the lost cash for a year.

In between each talk, we all had to sing ‘The Parting Glass,’ a traditional Irish song. And then take a sip of whisky….

…which came in a branded glass.

Next up, we heard from Brian Wong, who is currently seeing success with his company Kiip. Prior to that, he worked for Digg but was laid off as the firm in its original guise was failing. Returning home to Canada unannounced, his parents felt shame at his unlucky turn.

Wong also spoke about his feelings of failure when he has occasionally hired the wrong people for key roles.

Then we heard from David Shackleton, who ripped up a startup’s business plan in front of us. The unnamed startup he told us about struggled to get its tech to work and ran out of runway.

Finally, Matt Galligan, former CEO of news startup Circa, was philosophical about the death of his company that struggled to grow its userbase. “What was a commercial failure was still an artistic success,” he said, noting that many of its ideas would live on in other people’s news apps in the future.

City marketing can be tough at SXSW, as there’s so much happening and it’s hard to make a splash. But with humor, style, imagination and class – not to mention a uniquely Irish flavor – Dublin succeeded in appearing tech-savvy, internationally minded and most importantly, not afraid to take risks.

Read next: Sony announces PlayStation VR will launch in October for $399