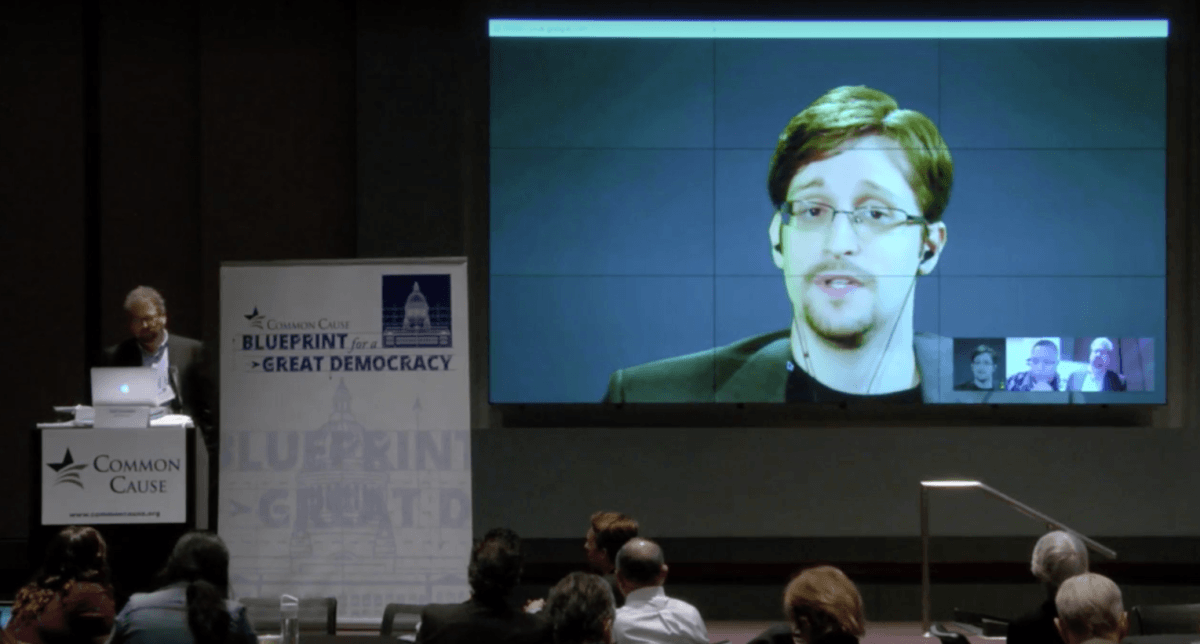 Speaking at Common Cause’s ‘Blueprint for Democracy’ conference today, Edward Snowden used his time to speak out about surveillance, personal liberties and of course, the San Bernadino iPhone.

The global technological consensus is against the FBI. Why? Here's one example: https://t.co/t2JHOLK8iU #FBIvsApple https://t.co/mH1ZXOOQ1E

The link takes you to a piece by Daniel Kahn Gillmor of the American Civil Liberties Union that thoroughly dismantles the FBI’s claim that it requires Apple’s assistance to bypass the “auto-erase” feature on San Bernadino shooter Syed Rizwan Farook’s iPhone 5c.

Gillmor’s piece isn’t the only one. iOS security researcher Jonathan Zdziarski penned a piece last week detailing the FBI’s missteps in the San Bernadino case. Most notably, the changing of the iCloud password that prevented the FBI from retrieving an unencrypted iCloud backup directly from Apple’s servers.

In fact, security researchers have even proposed a handful of other ways the FBI could break into Farook’s encrypted iPhone.

These methods are expensive, time-consuming and some could ultimately lead to physically destroying the memory, but they’re possible. None were mentioned as alternative’s at last week’s congressional hearing when FBI director James Comey confidently proclaimed the FBI could not access this data without Apple’s assistance.

Aside from expensive and risky hacks, the CIA is another alternative, but it’s rarely been mentioned in this conversation. After all, this is the same agency that has been trying to break into Apple devices for nearly a decade.

The San Bernadino iPhone is fading from view as the big picture shifts to the policy discussion it created. It appears the backdoor the FBI wanted all along was actually into new legislation, not Farook’s iPhone.

➤ Snowden: FBI Claim That Only Apple Can Unlock Phone Is “Bullshit” [The Intercept]

Read next: One man spent all day on Twitter correcting other men about International Men's Day