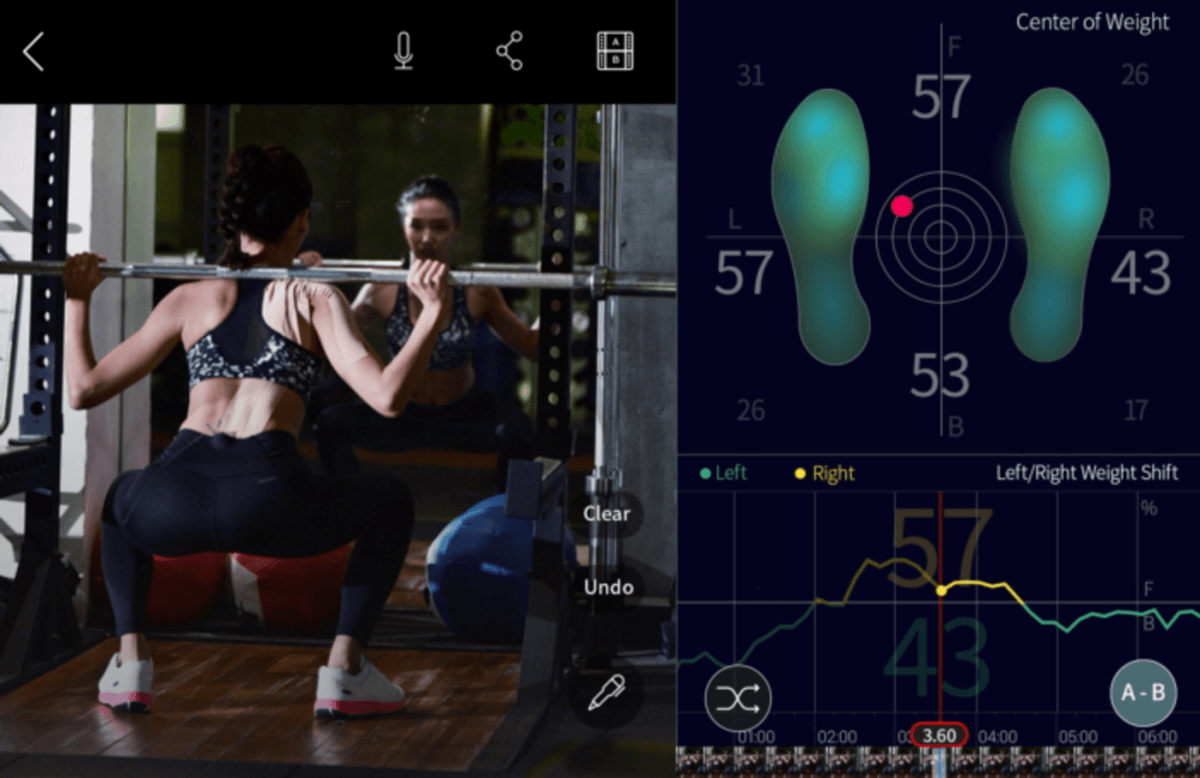 Technology companies want everything you wear to be smart, and Samsung-funded smart shoe IOFIT hopes to bring intelligence to your feet.

IOFIT is a custom shoe that tries to take wearable data further by giving you detailed, actionable information on the exercise you’re doing. Rather than just showing you how many steps you’ve walked, IOFIT analyzes your centre of gravity as you exercise to give feedback on your posture or golf swing.

The shoes are primed for working with a trainer, too, so the team built IOFIT to evaluate exercise form and give feedback to another nearby device in real time. Instead of focusing on virtual coaching, IOFIT said that it’s building a “human-to-human” experience instead.

Each shoe has an insole that measures a number of different things: weight shift, foot pressure, centre of gravity, foot tempo and ground contact force — and the battery lasts up to 10 days.

IOFIT was a Samsung-incubated company, but it was spun out to be an independent startup in late 2015. A spokesperson did, however, confirm that Samsung continues to fund its development.

Right now, the shoes are just a prototype and the company is looking to work with an existing footwear manufacturers to build them at scale. But, IOFIT plans to show the first version off at Mobile World Congress in Barcelona next week.

It also hopes to make them available for order as part of a crowdfunding campaign later in 2016.

Read next: Imagineers: Meet the artist who upgrades reality