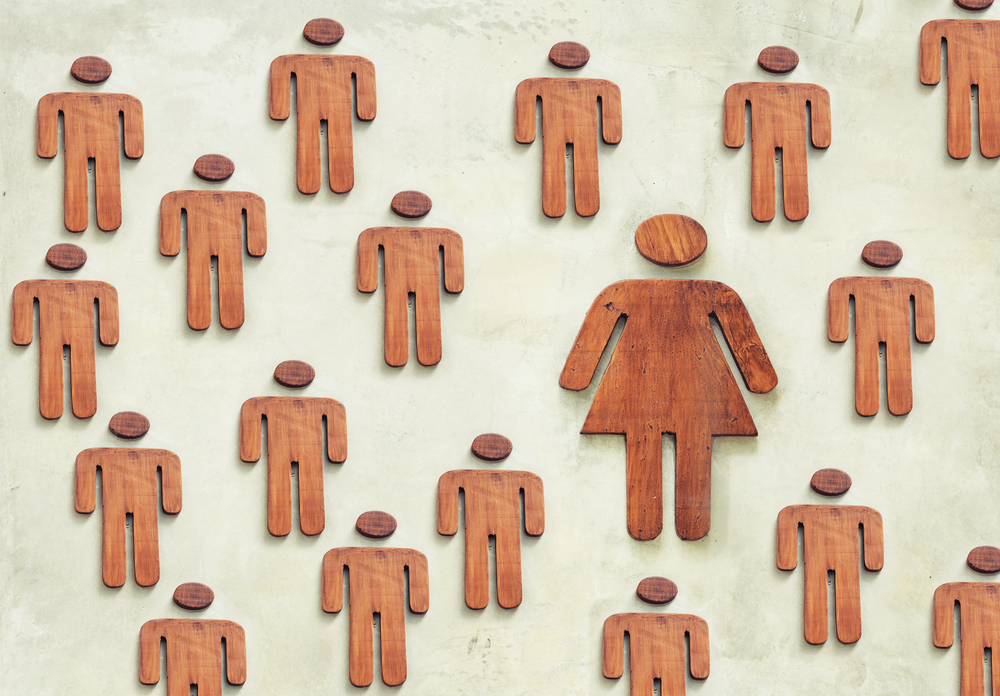 It’s not exactly breaking news, but in case you haven’t heard, women face an uphill battle in the business world.

Examples can be found everywhere: women are judged – even by other women – more harshly than men are for trying to negotiate higher compensation for their work. Our mistakes follow us for a longer period of time than men’s do, meaning we have to prove ourselves over and over again. Men are “passionate” but women are “emotional.”

And then there’s the ultimatum provided by basic biology: do you advance your career, or start a family? It’s an unfortunate coincidence that our early 30s are the prime time for both of these.

We’ve done the grunt work, paid our dues, and we’re finally hitting our stride once we leave our 20s – the same time we’re hitting child-rearing years. Men can put off having children, and once they do it’s right back to the office. For women, starting a family can stop her career right in its tracks.

You can find the same sorts of issues in entertainment. Rapper T.I. said that he wouldn’t vote for Hillary Clinton because “women make rash decisions emotionally,” and Jennifer Lawrence wrote about her experiences earning less than her male costars. It’s a problem that permeates every part of our society and although a spotlight is being shone on it, it’s easy to feel like it isn’t changing very quickly.

But it’s not all doom and gloom for women – and especially not for the companies we run.

First Round found that their investments with female founders performed 63 percent better than the companies with male founders. M.I.T. studies showed that, among other factors, “teams with more women outperformed teams with more men.” Women still have a tough time making inroads to the business world despite (or because of?) proven successes, but we make our opportunities count.

So what sets female founders apart from our male counterparts? It comes down to more than the basic differences between the sexes. After all, there are plenty of smart founders, both male and female. The speed bumps we face in business mean that by the time we reach the level of founder or C-suite, we’ve already been vetted. We know how to navigate the traps and the expectations. Natural selection has run its course and left only the strongest: women who weren’t handed anything, who didn’t take anything for granted, and who have proved their commitment.

That’s why the challenges I faced in my career prepared me for being a successful leader by giving me some valuable skills.

When I founded PolicyGenius, I knew it would be a rough road. Only 18% of startups founded in 2014 were done so by women and just 5% of U.S. Fortune 500 corporations are run by women.

It’s a pretty small club, and I’m aware of that. It’s been that way for most of my career – more often than not, I’ve been the only woman in the room. That’s made me more aware of my employees who are in a similar position, like minorities or junior members without a lot of experience under their belts, than someone who might take for granted that everyone else at the table is from a similar background or has a similar mindset. Everyone has something different to contribute.

My experiences have made me an inclusive leader; women are judged more critically when they speak up, which often discourages them from doing so. That’s why it’s important to encourage collaboration and participation. We’ll only grow as a company if we get everyone’s best.

Speaking of everyone’s best, I also place a strong emphasis on objective performance. Again, it’s something I’ve done my whole career. It’s harder to question someone regardless of gender when she has metrics to back her up. This lets me judge people fairly and helps me from jumping to conclusions (or, as many people would likely say, “being emotional”). Everyone carries his or her weight and is able to prove his or her worth.

But as the CEO of a company it also clarifies our collective mission to the team when I can point to numbers and facts. We talk about customer acquisition, revenue, site traffic – real things that can be quantified and measured, not nebulous talking points that are hard to motivate a group around. There aren’t any questions about where we’re headed or what our next benchmark is, and we know where the next checkpoint is.

One of the most exciting – and challenging – parts of building PolicyGenius has been upending a slow, archaic industry for the 21st century. What helped me deal with that challenge was being diligent about my domain of expertise. I know the insurance industry; I took a leave of absence from my previous position to make sure I knew the space before diving in with PolicyGenius. We’ve gotten legacy players on board because we’ve proved we know what we’re doing.

That’s another trait that I picked up over the course of my career. I knew I would be questioned at many turns, and just like with metrics, I wanted to have answers that couldn’t be argued with.

Women at the top – whether it’s their team, their company, or their industry – have gotten themselves there by proving their expertise.

So will things change in the business world? Surely, but slowly. Until then, women will have to continue to prove ourselves – and continue to make great things in the process.

Read next: Surprise! Twitter launches an algorithmic feed – kind of