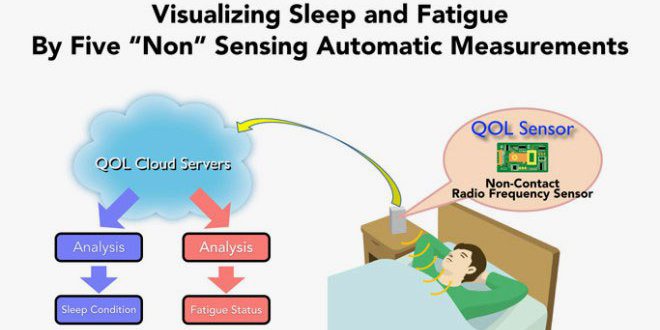 After Nintendo announced its plans to launch a “Quality of Life” (QoL) device that monitors your sleeping habits back in 2014, the company has now decided to hit the snooze button on this project.

The so-called “sleep-tracker” – as the tech world pegged it – was expected to hit the stores by the end of March 2016. However, during an investors Q&A session Nintendo president Tatsumi Kimishima revealed that the company no longer has any plans to release it.

Oddly enough, the Japanese gaming giant initially introduced the sleep monitoring gadget as a non-wearable device for the wearable tracker market. Originally greenlit by Nintendo’s now late ex-CEO, Satoru Iwata, the sleep-tracker was intended to revolutionize the wearable industry by offering tracking capabilities without the inconvenience of having to wear a device.

Kimishima did not hide his skepticism about the commercial success of the sleep-tracker, explaining that the device was “not yet at the level of a Nintendo product.” Nevertheless, he assured that the company “still believe[s] there are things [it] can do in the general category of Quality of Life.”

The sleep tracking device evokes comparisons to Nintendo’s now shelved Wii Vitality Sensor that the company initially announced in 2009 and quietly cancelled later on in 2013 upon the poor reactions it received.

Having once again fallen short of generating interest around a product aimed at the Quality of Life sector, the sleep-tracker marks Nintendo’s second failed attempt at developing a product that successfully caters to the demands of the QoL market.