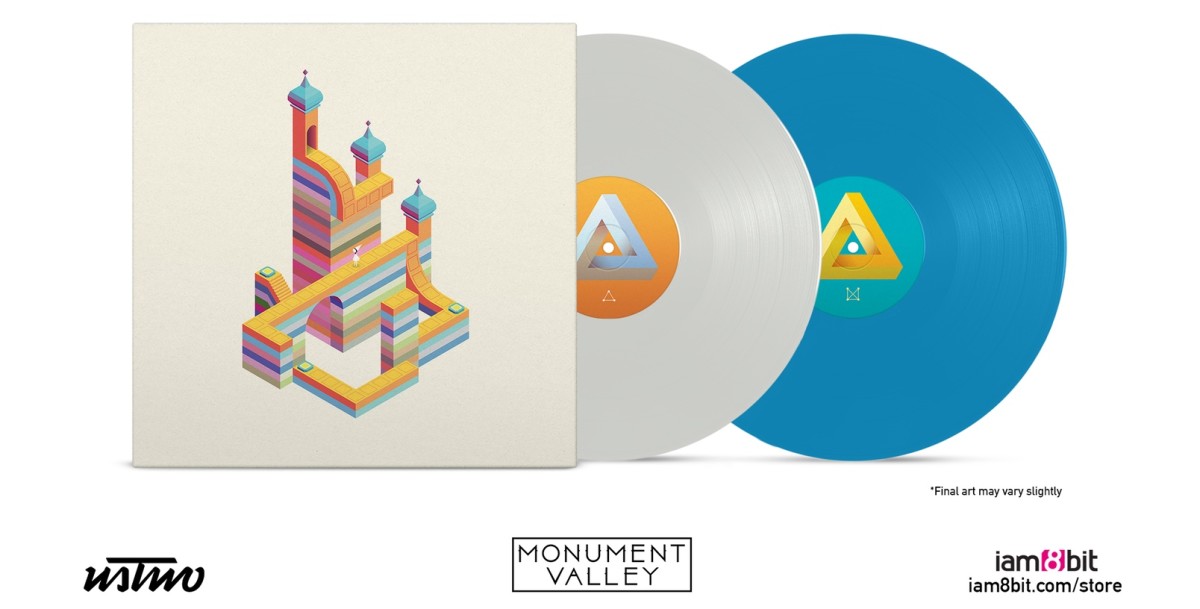 The cool value of record players and vinyl is debatable, but this isn’t: Monument Valley’s soundtrack will be available on record, starting tomorrow.

Monument Valley’s double album (!) also has an eight-page booklet explaining the story behind the music, as well as a code for the digital version of the soundtrack if you want to, like, you know — listen to it on your iPhone or whatever.

The first volume is the core Monument Valley soundtrack, while the second record is all music from the Forgotten Shores and Ida’s Dream add-on levels. If you’re curious, here’s the full track list:

The Citadel of Deceit

If you’re like me, you’re left with one question, which I’ll answer for you now: no, the album sleeves cannot be origami-d into a Totem. Huge oversight, I know.

There’s no word on pricing yet, but Polygon reports it will go on sale in iam8bit’s store tomorrow at 1:00 PM EST. Shipping will take place sometime in the second quarter.

Read next: What's going on with Pikachu's voice in this new detective game?